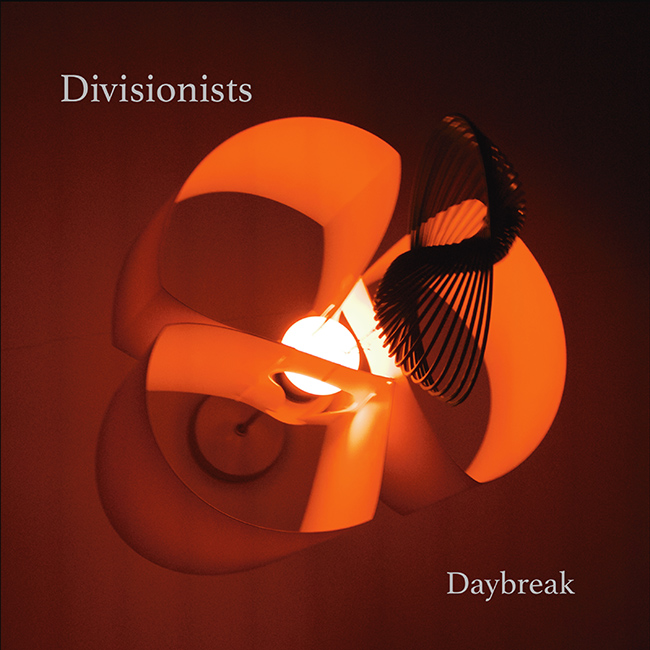 ‘Say Can You’ is a refreshing and upbeat track with hints of early Teenage Fanclub, The Lemonheads, Matthew Sweet and Bob Mould (including his project Sugar), albeit with softer vocals and much less feedback.

“We are very excited by how well ‘Daybreak’ came together as an album. For me, I’m lucky to be in such an great band: Mark, Rob, Mike and I have fantastic synergy to explore new territory, yet also the intense (obsessive!) perseverance to “get it right”. Musicians always say a record is a labor of love — in this case, it’s really been true. We’ve put the very best of us into this recording, to create an interpersonal and cultural snapshot of blood, sweat, tears, late nights at the pub, the whole works — and we believe we’ve made something cool,” says Divisionists’ frontman Brendan Quinn.

The forthcoming album follows their debut EP “we play rock music…” (2011). Comprised of 12 tracks, this new offering features guest appearances by saxophonist Brian Idd and vocals from both Gwen Knighton and Lisa Makros.

‘Daybreak’ was recorded at Perry Vale Studios, The Mill House, and Haiku Sound, where it was also mixed. Brendan Quinn produced the album with assistance from legendary psych producer Sterling Roswell a.k.a. ROSCO (Spaceman-3, The Darkside), and Pat Collier (The Vibrators) on board as tracking engineer. The album was mastered by veteran mastering engineer Don Grossinger (The Flaming Lips, Brian Wilson, Franz Ferdinand, The Rolling Stones, Annie Lennox, Sharon Jones And The Dap-Kings).

Formed in 2010, the band took their name from both the Neo-Impressionist modern art movement, and one of the political factions in Beat Poet William S. Burroughs’ ‘Naked Lunch’: those who occupy ‘a midway position’ who ‘literally divide’ yet ‘live in fear of a replica revolution’.

Frontman Brendan Quinn is best known as the guitarist and vocalist for the cult psychedelic/space-rock pranksters Abunai! (regulars at the Terrastock Festival with three albums and two EPs on the Camera Obscura label).

Divisionists’ music embraces psych rock, power pop, and reimagined traditional folk ballads, all with a loud and memorable rock influence. They have shared stages with Pete “Bassman” Bain (Spaceman-3, The Darkside), Alex Monk, and Swiss garage-psych pioneers Roy and the Devil’s Motorcycle, among others. Brendan toured live as a member of the Sterling Roswell Band for their album “The Call of The Cosmos”, including their headliner spot at Andrew Weatherall’s Convenanza Festival, and has performed with a wide range of artists, including members of Swervedriver, Acid Mothers Temple, The Brian Jonestown Massacre, and The Perfect Disaster.

“Among the many reasons I said yes when these nutcases begged me to rejoin and record an album is just how much fun I have as part of a rhythm section with Robert. As we’ve categorised it in the past, we just hold the ship steady while Mark and Brendan get all psychedelic over the top. It’s a blast,” says Mike Whitaker (bass, piano, backing vocals).

—————
While the ‘Daybreak’ LP will only be fully available via internet on March 17, the vinyl record is available now for pre-order via Divisionists’ Bandcamp. Pressed on 180 Gram orange vinyl, the record also includes a full-colour folded insert with artwork and lyrics.