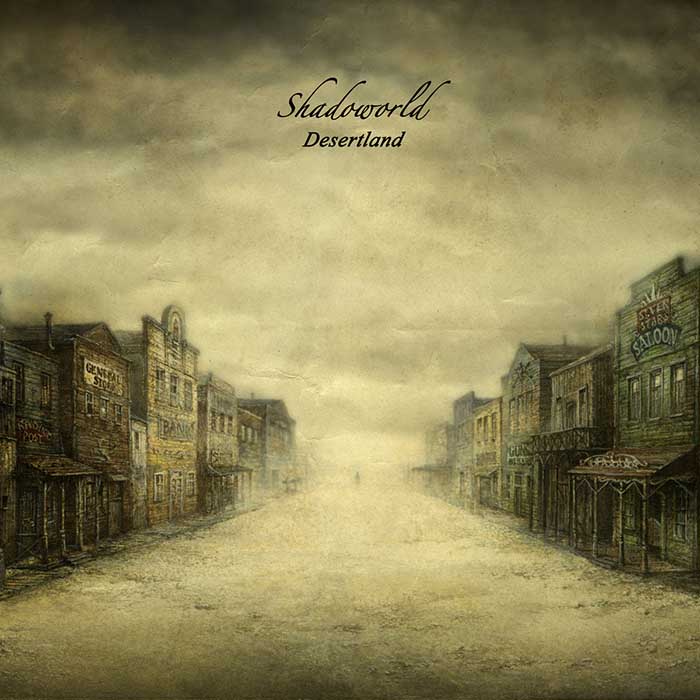 THE WHITE ROOM presents SHADOWORLD’s new album, entitled Desertland, out on November 19th. The music is dark folk with a touch of western style and modern electronica, combined with neo-classical. In some parts it reminds of Nick Cave, Death in June, Depeche Mode, Johnny Cash, Ennio Morricone, Mark Lanegan. Let yourself be carried away by the sound of the wind, in a journey through the dust of the desert land.

Old Boy is the artistic alter ego of Claudio Carluccio, an Italian multi-instrumentalist. He made many records and featuring with musicians of every sort. He started playing grunge music, then he found out blues and folk and finally into experimental projects.

All music composed by Old Boy and Roberto Del Vecchio

Recorded in The White Room