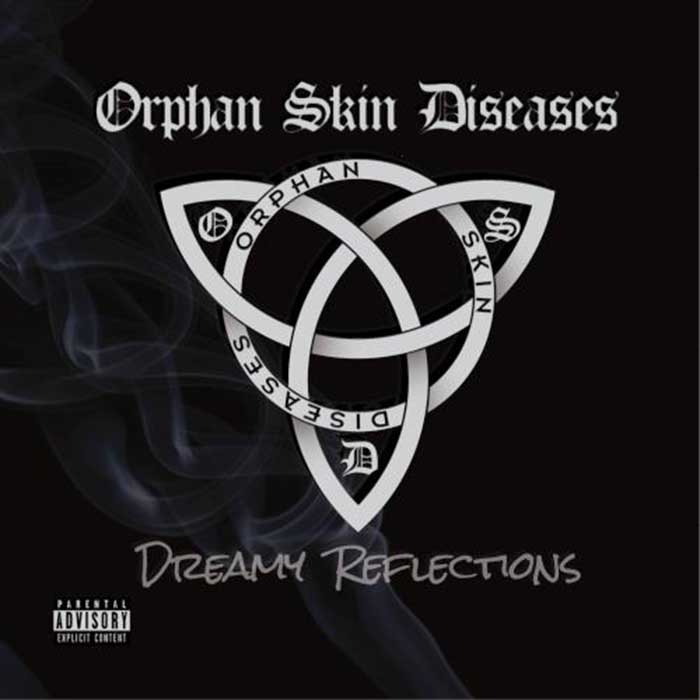 “Dreamy Reflections”
is the new album by
“Orphan Skin Diseases”
out on July 13, 2018

Logic Il Logic Records & Burning Minds Music Group are glad to announce that “Dreamy Reflections”, official debut album of Italian alternative rock / metal band Orphan Skin Diseases, is set for release on July 13, 2018. Orphan Skin Diseases were formed in 2015 by drummer maestro Massimiliano Becagli, known in the Italian scene as the drummer for respected heavy metallers No Remorse. The Orphan Skin Diseases line-up was completed by the addition of skilled musicians from the Italian rock/metal scene: Gabriele Di Caro (ex Sabotage, ex Outlaw – Vocals), Juri Costantino (ex Creation – Bass) & David Bongianni (ex Virya, Little CB – Guitar). The band’s style was built by mixing the influences from each musician in order to reach a refined and personal sound. Progressive rock music, heavy metal influences, funky hints and alternative elements are perfectly mixed and balanced to create a powerful-but-catchy experience.
Guitarist & founding member David Bongianni says: “14 new songs, 14 actual and personal stories for the whole band. 14 tracks reunited in an album with a clear title, “Dreamy Reflections”, which represents what we feel inside and what we try to show throughout the album. We like to define ourselves a four-pieces band plus one member, this to remark that Dimitri Bongianni is now officially part of the band due to his precious support both in providing vocals parts and arranging the songs of the album. Last but not least, we’d like to thank our label, Logic Il Logic Records, for the precious help in making this album possible”.
Music is not the only distinctive side of Orphan Skin Diseases. Their artistic approach shows comprehensive research on the lyrical side, with songs facing hard and challenging themes. The depletion of earth’s resources and the dominance of financial lobbies are just a couple of examples, along with a structured analysis of human emotions and personal life experiences.
The name of the band is taken from an international database granted to doctors around the world, who can read and insert data about unusual and unknown skin diseases; essentially another way to show a strong and helpful approach toward innocent and defenceless human beings.
“Dreamy Reflections” has been mixed and mastered @ Atomic Stuff Studio (Isorella – BS – Italy) by Italian sound engineer Oscar Burato (Airbound, Firmo).