Gone In Your Wake
by THOUSAND BELOW 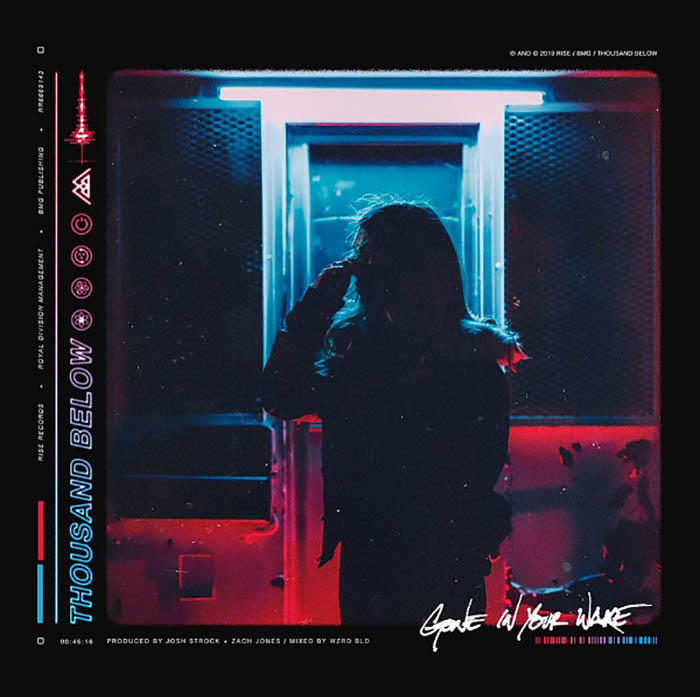 San Diego foursome Thousand Below have announced their second album “Gone In Your Wake”. The album, which is the follow up to 2017’s “The Love You Let Too Close”, arrives on October 11 via Rise Records. The band has just dropped the video for the track Disassociate.

“Disassociate is a song about the common lapse of emotional and mental attachment to your immediate surroundings or present place in life as a result of traumatic experience or depression,” the band said. “It’s about that feeling we know all-too-well where you feel alone in a crowded room, no matter who you’re surrounded by; be it friends, family, or co-workers. It’s about the frustration of feeling so detached from your current place in the world that you feel you barely cast a shadow in the room at all. We’ve all been through this — we’ve all felt this at some point in time for one reason or the other. We wanted to capture that feeling in a heavier, high tempo, and more chaotic song than we’ve ever written before.”

The band also shared the song “Chemical”
“‘Chemical’ is about real affection and attraction towards someone becoming a chemical part of your body and existence”, the band explained about the track’s weighty subject matter. “When you lose that person, the chemical imbalance that occurs from not having them in your life shakes up everything in your body and things just go haywire. We wanted the video to show the push and pull nature of this type of relationship/attraction and how much chaos it can put into your life. It can change you into someone you’re not and do almost supernatural things to your state of mind”.