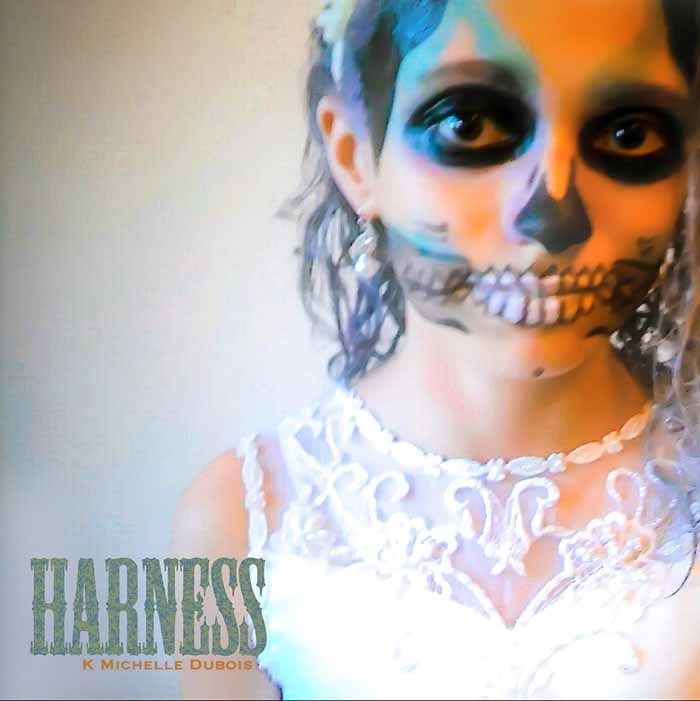 Based in Atlanta, GA, Dubois’ counts Blondie’s ‘Autoamerican’ and Divinyls among her influences, along with Stevie Nicks, Roxy Music, Flaming Lips, Grandaddy, and Fever Ray. DuBois’s live band includes Chandler Rentz (drums), Jim Prible (bass), André Griffin (keys) and Dan Dixon (guitar), who also recorded, produced and mastered this album at RCDC studio in Atlanta.
On ‘Harness’, DuBois balances the experimental with her innate talent for distinctive hooks. This is an indie pop-rock gemthat is sonic, rustic, and strong on harmonies. Although she remains anchored in hook-laden structures, this album pushes the experimental side of her previous work to new heights.
While most of DuBois’ solo output intertwines classic power-pop with 90s college rock, ‘Harness’ boasts a heftier sonic tone than her previous album ‘Astral Heart’ with its bouncy rhythms, jangly guitars and sing-song charm.

“To me, ‘Harness’ is not about taming; it’s about recognizing and utilizing all this amazing energy that is radiating. I’ve been deeply feeling my hippie roots and, at the same time, intrigued by advances in technology. I’m inspired by such stories as Ex Machina and West Word, which both invigorate and produce intense melancholy in me,” says K Michelle Dubois.
“Much of this album is like one big pep talk for the ladies (myself included). Even for the A.I. characters – finally finding their freedom, It’s like a party, but still there’s an underlying sadness. Throughout Harness there’s a strong suggestion to celebrate magic, whenever possible.”
K Michelle DuBois first got into music very young, building harmonies to pass the time during the family’s frequent road trips. DuBois began writing her own material as a teenager in Nashville after receiving a bass guitar for Christmas. She crafted her early songs on bass, a Yamaha synthesizer and a drum machine in her parents’ four-track studio, but a flood of creative possibilities came upon discovering open-tuning on acoustic guitar, thereafter solidifying her commitment to songwriting.
After forming her first band Ultrababyfat and releasing ‘Silver Tones Smile’ (1998), the group’s infectious pop-punk sound garnered national attention, leading to opening slots for numerous noteworthy acts Pavement and PJ Harvey, and a 2001 stint on The Warped Tour as one of the few female-led bands showcased in the festival’s lineup.
After the band disbanded in 2005, DuBois formed Luigi to explore her more progressive, art-rock leanings. After seven years together and ample critical acclaim, she re-emerged as a solo artist under the tempered guidance of producer Ben Price at Studilaroche, releasing her debut album ‘Lux Capone’ in 2012. DuBois also contributes vocals for Atlanta-based dream-gaze collective Parsons Rocket Project.