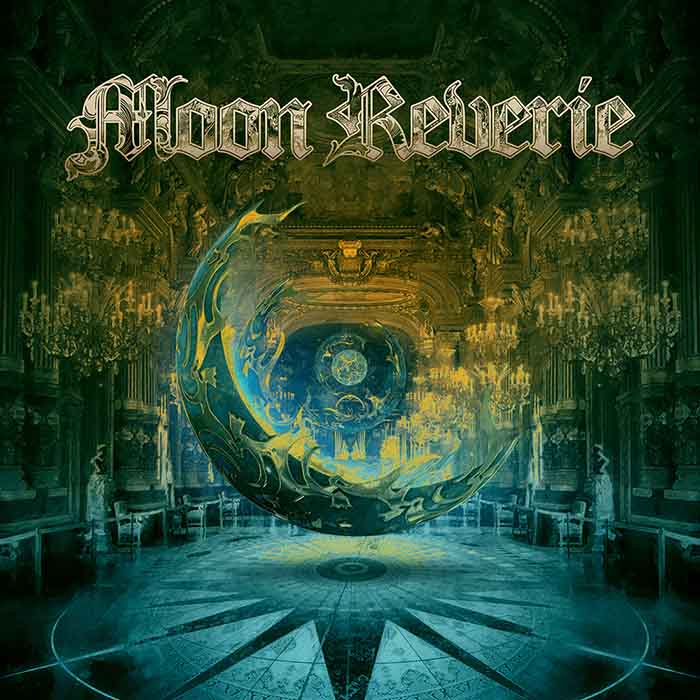 The band was formed in 2012 by the italian guitar virtuoso Luca Poma, who has been the touring guitar player of international bands such as Uli Jon Roth, Kee Marcello, Vinnie Moore, T.M. Stevens, Graham Oliver and many others. Now it’s time for Luca to debut with his own songs, influenced by the melodic scene of the 80’s blended with tons of classical and baroque music. The debut album is a collection of songs that MOON REVERIE used to play live in recent years.

Some comments from past and recent colleagues about Luca Poma:
“Luca Poma is my favourite guitar player from Italy. It’s always a pleasure to share the stage with him.” ULI JON ROTH (Scorpions)

“Since 1980 I have toured and met some of the greatest guitarists too many to name ,Luca Poma is one on them.” GRAHAM OLIVER (OLIVER-DAWSON SAXON/ SAXON)

“Luca played in my band during my 2009 tour of Italy. He is a guitar ninja, and plays in the attack mode, so watch out for him, he will shred his audiences to pieces!” VINNIE MOORE (U.F.O)

“I had the pleasure of rockin’ out on stage with Luca Poma, i’m all about thunder rock, and he’s surely a thunder rock player and a very gifted musician.”  T.M. STEVENS (MILES DAVIS, STEVE VAI, TINA TURNER)

The artwork was created by the renowned digital artist Gustavo Sazes.
—————-

Luca Poma, guitar virtuoso and mastermind of the band, comments the song: “Eyes is a typical neoclassical metal song, influenced by the 80’s and classical music, with a kind of a catchy, melodic chorus.”
—————-

Elements by DAYS OF DECEIT