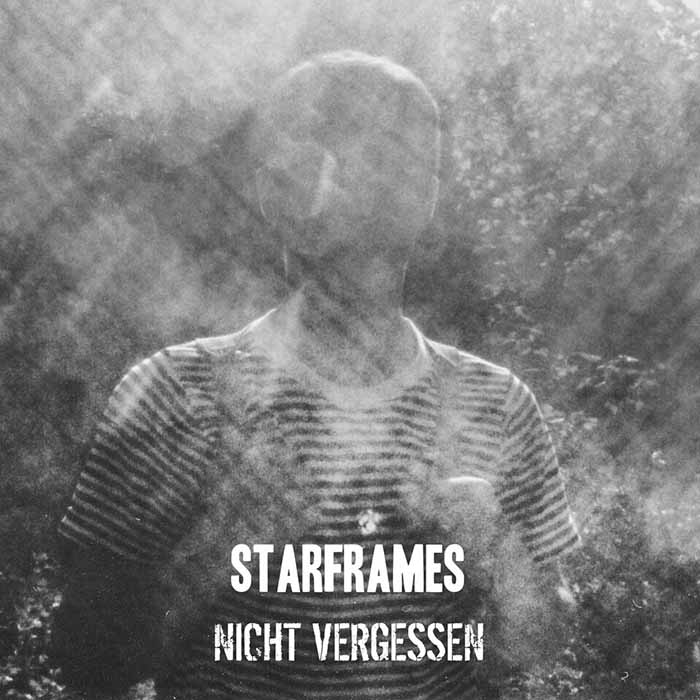 Nicht Vergessen , out via indie labels Bulbart (IT) and Thinkbabymusic (GR), is the third studio album by Neapolitan band Starframes.

The record, which took almost three years to be completed, is a concept album consisting of 15 tracks going through a novel written by their guitarist/singer Raphael Bramont.

The story is loosely based on Anna Funder’s book “Stasiland”. Every chapter of the story gives the title to the corresponding song, which embodies its atmosphere and themes through music and lyrics.
The story takes place in Berlin from the 1940s up to contemporary days and gives a wide view on modern society by following the dramatic life events of main character Friederich Braun.

The stylistical influence of the songs is varied, spanning from dreampop melodies, shoegaze soundscapes, psychedelic references and ambient moments. Active since 2004 and based in Naples (Italy), Starframes released their debut album Street Politics in June 2009 (Mile High Music Records, UK), follow-up Ethereal Underground in January 2011 (BulbArt, IT), and self-produced EP Unwired in summer 2014.

Nicht Vergessen is set to be released in autumn 2018.