Nothing Here
by Tombstones In Their Eyes 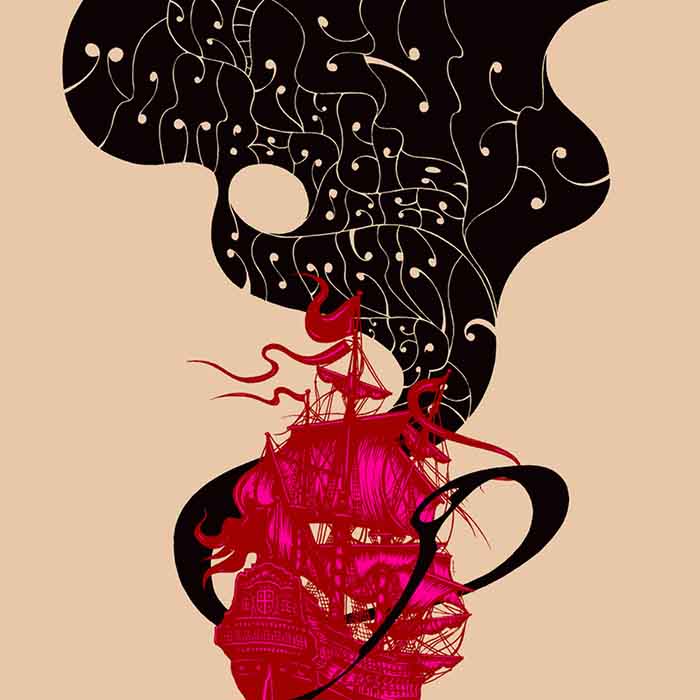 Los Angeles’ indie psych rock outfit Tombstones in Their Eyes have announced their new ‘Nothing Here‘ EP, previewing the lead track ‘Silhouette’ ahead of this. Tombstones create walls of sound that are simultaneously sonorous and hazy. These are cavernous, stoner lullabies that descend into post-rock soundscapes and are wrapped in dark shoegazing dreamscapes.

“Silhouette was created one lonely night in the basement recording studio.  It’s a song about losing yourself.  The catharsis is in the creation of the song and the release of the painful feelings,” says frontman John Treanor. “In its three songs, this EP incorporates the Tombstones sound, even though the songs do not follow the same recipe and include a morose rocker, a shaking blues and a soundscape.”

Tombstones in Their Eyes create music laced with celestial grandeur and a fuzzed out psychedelic majesty that looks out into the universe just as much as it looks inward toward the soul.

With musical influences including The Brian Jonestown Massacre, Elliott Smith and The Melvins, the four-piece’s sound embraces a wide range of genres – from the stoner rock of Kyuss to the warped neo-psychedeia of Spacemen 3 to the cavernous and doom-laden sounds of Electric Wizard and beyond.

Tombstones In Their Eyes’ current line-up is John Treanor (guitar, vocals, keyboards, songwriter), Josh Drew (guitar, backing vocals), Mike Mason (bass, guitar) and Stephen Striegel (drums). The band initially began as a demo swapping exercise between John Treanor in L.A. and his childhood friend James Cooper, now in New York, but soon coalesced into a full fledged band. For John, writing and performing songs is also a way of dealing with severe anxiety and depression, a way of talking about the subject without being the centre of the conversation, and a way of being subliminal rather than direct.

Tombstones In Their Eyes