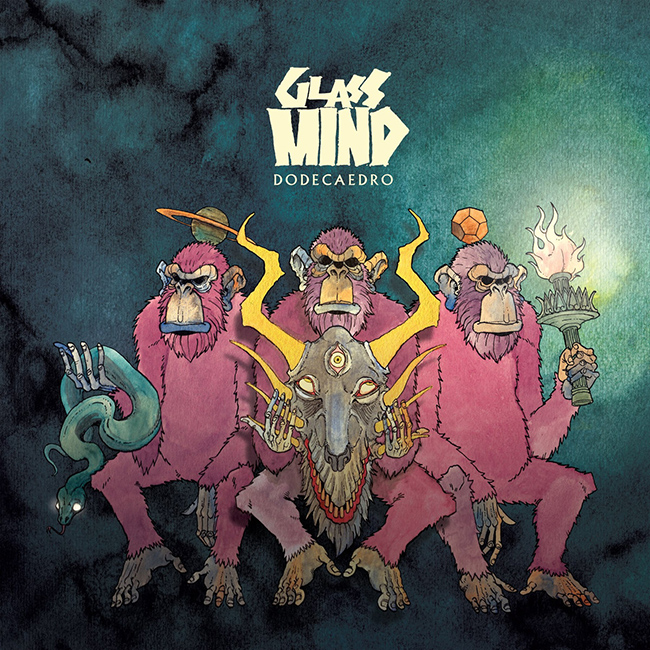 Glass Mind is an Instrumental-Progressive band originally from Mexico City, it is considered today as one of the best Progressive-Metal bands in Mexico. They are amazingly powerful on stage, each one of them own a mastery to exceed the boundaries using their instruments, reason enough to have slowly gained a spot within the international Progressive scene. With their first album “Haunting Regrets” (2011) and 3 new instrumental singles “Detritus” (2014), “Inside the Whale” (2014) and “Babel” (2015) they have already had important performances such as the Progressive National Sea 2014, a prog-rock festival that took place onboard a cruise from Miami to The Bahamas, a tour through some cities in Japan (2010) and many festivals and gigs through all Mexico. Glass Mind releases its second album entitled: “Dodecaedro” , to be licensed in Europe and North America by ROCKSHOTS Records.

DODECAEDRO is A conceptual album that mixes elements of Metal, Jazz and Ethnic Music with which the band has consolidated its identity and a much more mature sound.