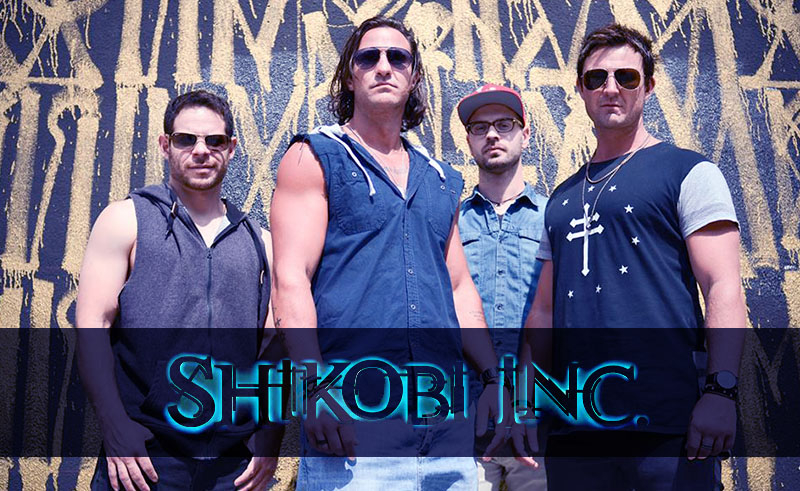 —————
I wanted to reach out to you with the new EP  from emotive rock collective Shikobi. The new track is reminiscent of early Pearl Jam with a 90s rock sound but a modern twist. The band has found tremendous success by landing a coveted #1 spot on the top 100 countdown on Australia’s famed Triple J Unearthed radio station.

Raw and emotive hard rock collective Shikobi, has quickly found success with their unique blend of experimental hard rock, funk and hip-hop.  The group formed in January 2014 with Australian brothers Aaron and Luke Hession writing songs in their Gold Coast home.  Fueled by their intense live show, Shikobi went from a local garage band playing DIY gigs to a successful touring band selling out high-profile venues in less than a year.

With a twist of fate, Aaron and Luke decided to relocate to Los Angeles where drummer Dylan Hayden and bassist Marco Barrientos, joined the band to complete the lineup in April 2015. Since then, Shikobi has been building a steady following in the US.

Shikobi’s debut EP Pull The Trigger is reminiscent of early Linkin Park, Rage Against The Machine, and the Red Hot Chili Peppers. The four-track release recorded at the famed London Bridge studios in Seattle, showcases the group’s signature sound of soaring melodic rap and rock vocals with heavy and explosive guitar riffs.  The leading single “Here We Go Again” commands the listener’s attention with catchy hooks over grungy and gritty instrumentation. “Pull The Trigger” is a powerful anthem addressing the important issue of gun control and lack of gun laws in the US.  All in all, the EP is hard hitting, energetic and evocative.

“We cannot ignore and must address key social issues.  But there is a time to dance, love, party, and celebrate the lighter side of life.” – Aaron Hession