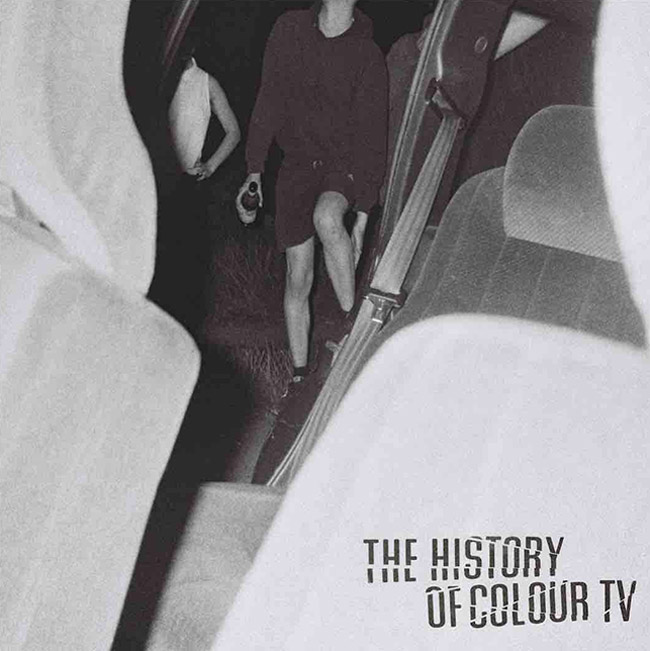 Something Like Eternity by The History of Colour TV

The History of Colour TV

The History Of Colour TV was founded in Berlin in 2010 by British artist Jaike Stambach, initially conceived as a solo multimedia project involving noisy hypnotic output through audio, video and soundtrack offerings. Over the course of two albums and multiple EPs, released through Bruit Blanc and Saint Marie Records, the band has been unabashedly diverse in their approach, exploring harsh noise, sound collages and reverb-saturated dreampop, to the stripped-down rock of their more recent offerings. They also toured extensively while establishing their notable presence within the Berlin music scene. The current lineup also includes Markus Mocydlarz and Janek Sprachta

While the more organic approach taken for the band’s second widely acclaimed album ‘Shapes Of Spilt Blood Spelt Love’ largely stripped of the electronic attributes of the band’s debut album ‘Emerald Cures Chic Ills’ to present a spacious mix of strategically sparse layers of guitars, minimalist rhythmic patterns and bass-heavy riffs, the forthcoming album ‘Something Like Eternity’ is an album of sparse, immediate performances captured live in studio. The room seemingly reverberates to a wide dynamic range of sonic tapestries ranging from fleeting moments of near-silence to elongated passages of guitar meltdowns, loaded with emotion.

‘Wreck’ will be released digitally on November 25. Their album ‘Something Like Eternity’ will be released in early 2017 via French label Cranes Records and the band’s own imprint Weird Books
Though enigmatic, ‘Wreck’ recounts the story of a group-friendship tarnished by disaffection and apathy. As a member of this group, the narrator describes feelings of helplessness by the members’ own inability to positively change the situation. A list of surreal descriptions ensues, and the lyrics imply that the friends suffer a serious car crash.  Although their fate remains unclear, the narrator seemingly becomes all-seeing and is left to contemplate the aftermath and randomness of an event that nullified any potential for reconciliation within the group.