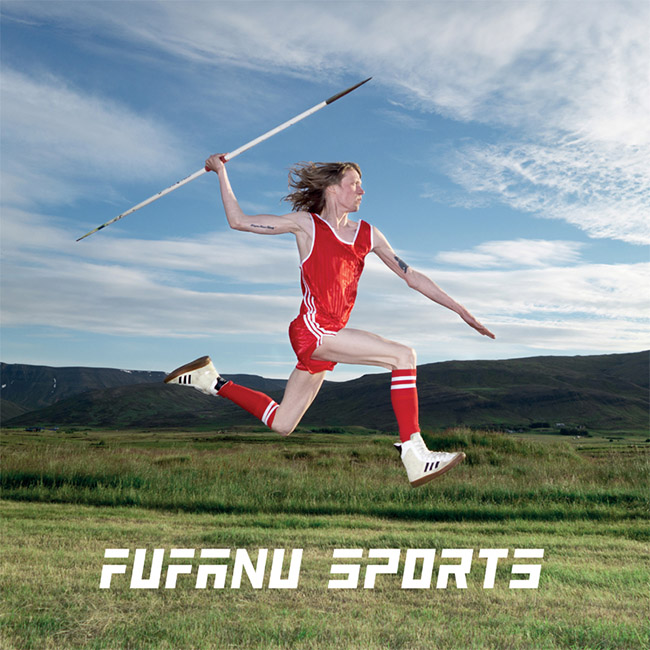 The ground-breaking band have also revealed that their highly anticipated sophomore album will be released on 3rd February 2017.

Produced in Iceland by Nick Zinner of the Yeah Yeah Yeahs, “Bad Rockets”, along with first single “Sports” sees Fufanu return with a palpable sense of urgency and a fresh spin on their dark, new-wave-esq electronic-driven post-punk.

Previously, the Reykjavik-based group operated as Captain Fufanu, making obscure techno music and bewildering audiences. Although Captain Fufanu were instrumental, Kaktus had started writing lyrics during a stint in London, where he worked on Damon Albarn’s “Everyday Robots” album. While he was away, guitarist Gulli had been creating a new soundscape, which Kaktus says “really conveyed what I was thinking.” Fufanu was re-born – a band with a riotous and guitar-led sound that was oddly born out of electronic beginnings rather than the other way around, as is more common.  Launching the band at 2014’ s Iceland Airwaves, in the space of just one week  Fufanu became a hotly-tipped emerging band, made their UK live debut at the capital’ s JaJaJa night and supported Damon Albarn at the Albert Hall – winning the approval of Brian Eno into the bargain. The band were praised by the press, who compared them to Neu!, Joy Division and Bauhaus.  2015 saw the band sign to One Little Indian, before going on to support The Vaccines on their sold out March / April tour in the UK – also slipping in a memorable two-night stand with Bo Ningen at Hoxton Bar & Grill. In June things  once again dramatically shifted up a gear when the band played to an enormous audience, supporting

“Their performance left no room for nit-picking. Or doubt. Or anything really – it was a sheer sonic avalanche that swept up everyone in the room”Drowned in Sound

“Their boldness and vast reserves of potential are what make them by far and away  our favourite Icelandic act of the weekend.” Dazed & Confused