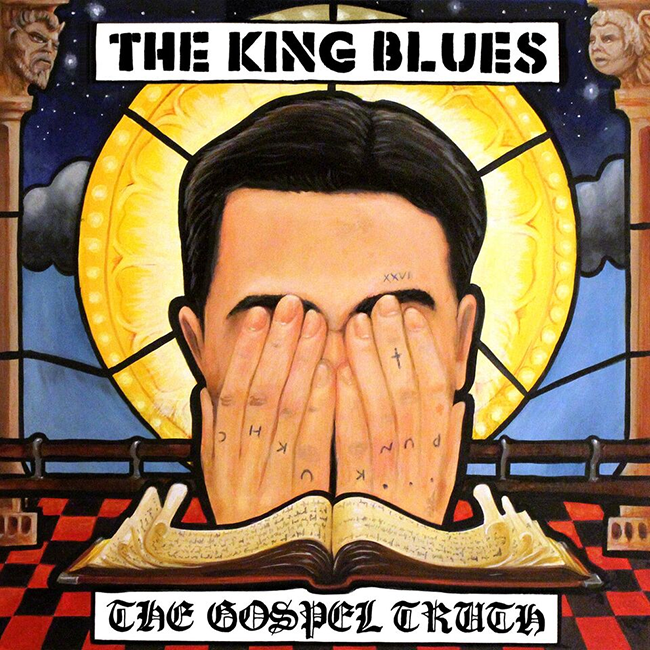 The Gospel Truth by THE KING BLUE

The King Blues are thrilled to announce their brand new album “The Gospel Truth” will be released by Cooking Vinyl on April 14th (it really will be a Good Friday). Recorded in London in 2016 and produced by Mike Moore, the record is an infectious mix of ska punk and social commentary. Check out the awesome first track “Heart of A Lion”

The King Blues are a British punk rock band from London, England, credited for fusing punk and hip hop together with influences from ska and spoken word. Tariq Ali described the band’s sounds as ‘rough, radical music that should unsettle the rulers of this country. A new generation of musicians are challenging war-monger politicians and their courtiers’- Influences include Public Enemy, The Clash and The Specials. Lead singer Jonny “Itch” Fox describes the band’s sound as ‘rebel street music

Enigmatic frontman Itch says: “I’m so excited to be releasing our first full length album since 2012. It’s been a real collaborative effort with the fans sending in voice notes of their journey of the past year mixed in with my own experiences. This is the most vulnerable and honest we’ve ever been and I’m really proud of it”