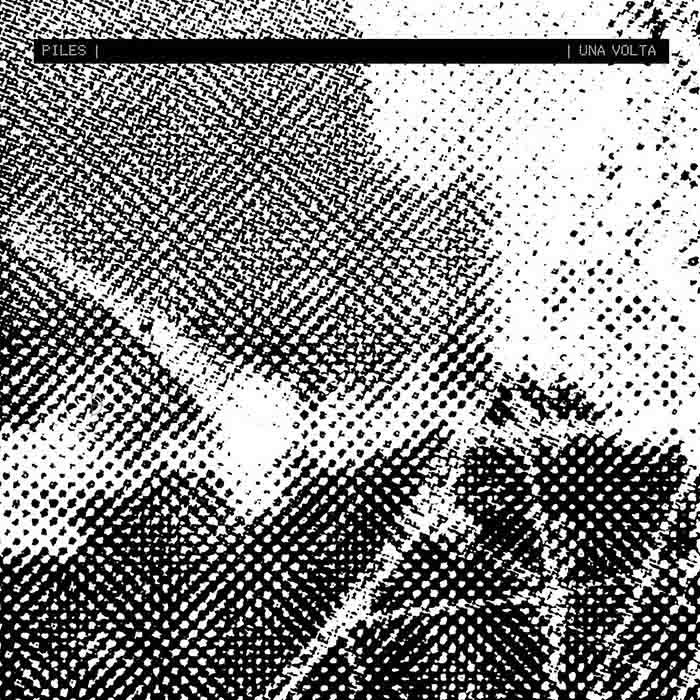 Aagoo Records has announced they will release the debut album from experimental outfit PILES in cooperation with Amsterdam label REV. Lab Records. The album‘Una Volta’ will be released as a CD with accompanying art book. Ahead of that release, PILES is previewing the lead track ‘Drones and Piles’.

‘Una Volta’ is a knock-out record of eight drum sound compositions, revealing secrets of the universe that are written in light. Abstract instrumental, this collection of tracks was created by three friends who teamed up especially for this recording.

PILES’ sound is a free fall into the universe of energetic beats, rhythm, dynamics, repetition of the unexpected. It is an adventure that reveals the hidden depths of their sound spectrum of acoustic drums.

PILES’ drumming is shaped by their individual musical roads by life, architecture, landscapes, nature, politics, film, art, dance and theater. By seeing and hearing the rhythm in all that surrounds us. Taking inspiration from kraut rock, free jazz and improv, they are also influenced by Can, Dave Grohl, Arvo Part, Drumbo (of Captain Beefheart), Robert Wyatt, Abe Cunningham, Jimmy Chamberlain, Jon Theodore, Joe Baron and many others.

PILES ‘Una Volta’ CD is accompanied by a 32-page booklet based on the graphic stop-motion video ‘Drones and Piles’, created by graphic artist Bas Mantel. The visuals were created to the music in the same way the scenes of Eisenstein’s1938 film ‘Alexandre Nevski’ was directed totally based on the rhythm of the music of Sergei Prokofiev.
The rhythmic and fragmentary style of the black and white images exposes the art of dance with Lettraset, dots-dots-dots, molecules transmitting life and death, cells constructing shapes and graphic radiowaves translated into frequencies and velocity, repetition in electro magnetic patterns, and the isolation of getting lost in outer space.
Like PILES’ drum-based sound, these graphic designs are frightening, direct, loud/quiet, raw, layered, fragmentary, abstract and experimental. REV. Lab founder Bas Mantel felt PILES would be a perfect fit for the REV. Lab. series, released jointly with Aagoo Records.