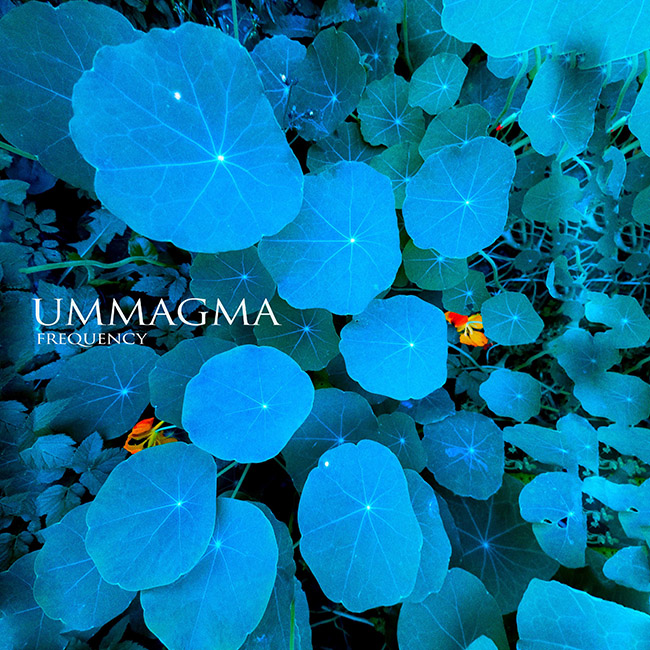 Dreampop duo Ummagma has released their ‘Frequency’ EP, featuring five original tracks and three remixes of ‘Lama’ by several legendary artists, including Cocteau Twins kingpin Robin Guthrie and Malcolm Holmes of Orchestral Manoeuvres in the Dark, both of whom bring their signature sound to the mix.

This EP follows their two debut LPs ‘Ummagma’ and ‘Antigravity’, released simultaneously in 2012. The album takes the listener through a cosmic yet introspective dreampop and ambient journey, tinged with shoegaze and synthpop flair. After relocating from Ukraine to Canada, ‘Frequency’ was the creative output of a search for optimism that helped the band put the current war behind them and to find new ground. It explores such themes as space and distance, timelessness, escapism, and the search for tranquility.

The latest video is for their spacey ambient track ‘Galacticon’, focusing on the ethereal element. The video, which premiered in Exclaim! Magazine, features much floating and flying, with aerial footage taken in western Ukraine over the town of Kremenets, band member Alexander Kretov‘s hometown and one of the only cities in this country that managed to stave off the Mongol-Tatars’ influence for centuries thanks to an extensive network of secret underground tunnels. In this video you can see the ruins of the Bona castle and a mixture of Soviet and Polish style structures, left over from many years under Polish rule until it was annexed the Soviet Union at the end of World War One.

“Galacticon is perhaps the dreamiest and most innocent of all tracks on our latest EP, likely connected to the fact that it was written under the simplest of conditions, compared to the multi-layered way we usually write music,” explains Ummagma vocalist Shauna McLarnon. “Now that we’re based in Peterborough, Ukraine seems a world away but it still inspired great things for us and it will always be in our hearts. But I think Canada gave us the head space we needed in order to pull off our latest EP”.

The band’s sound is reminiscent of early 4AD early output with hues of Cocteau Twins, David Sylvian, Mike Oldfield, Vangelis and Stereolab. Comprised of Shauna McLarnon and Alexander Kretov, they hail from Whitehorse, Canada and Kremenets, Ukraine respectively. Having first met in the centre of Moscow, they moved to Ukraine during the Orange Revolution but now call Peterborough, Canada home.

Ummagma previously won the 2013 Alternative Eurovision on Amazing Radio, representing Ukraine, and has been featured in Rolling Stone Russia, BBC6 Music, national Radio 3 in Spain, Electronic Sound Magazine, Louderthanwar, Impose Magazine, The Examiner, Noisey Brazil and Northern Transmissions. The ‘Frequency’ EP features in 30+ ‘Best of 2015′ charts and was named the Top Release of 2015 by Stereo Embers Magazine and Dreampop Album of the Year by The Record Stache.

—————
Ummagma ‘Frequency’ is out now via Moon Sounds Records, one of the most dynamic shoegaze labels in America and home to such bands as Dead Leaf Echo, Ceremony, The Foreign Resort, The Vandelles, Static Daydream, A*Star, Porcupine, and Follow The Sea.
—————-

“This is really very cosmic music. Made of stardust” – Joe Foster (Creation Records)

“Ummagma – I love their sound and am remixing a couple tracks for their next release. Their sound is so trippy I had to buy new studio monitors to make sure I wasn’t hallucinating… If Underworld or Chemical Bros did their song ‘Lama’, it would be proclaimed an instant classic” – Rudy Tambala (A.R. Kane)

“Ummagma are hidden gems not known to the masses but beloved by people of the calibre like Cocteau Twins and Creation Records. Among the brightest of today’s artists” – The Veldt

“Intergalactic. Not surprising the Cocteau king himself has taken the band under his wing” – The Record Stache

“Ummagma are at the forefront of new shoegaze and dreampop” – UK producer Fran Ashcroft (Damon Albarn, Lords of Acid)