Hyperdaze
by VOID OF VISION 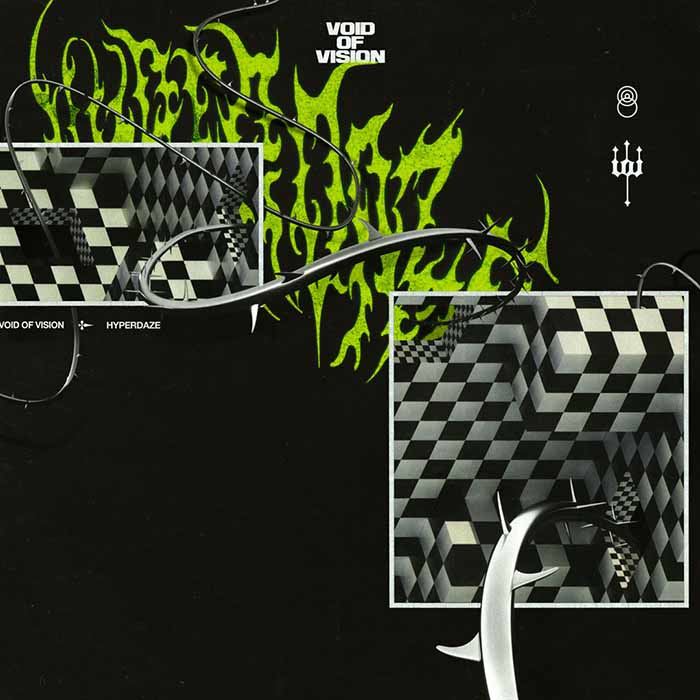 Melbourne metalcore four-piece Void Of Vision have announced details of their forthcoming sophomore album “Hyperdaze”, due Friday September 13th via UNFD. Alongside the news comes a blistering first taste of the release in the form of  “Hole In Me”.

“Pure hatred, self-loathing and nihilism are themes that unravel throughout this record”, explains Void Of Vision lead vocalist Jack Bergin. Though there’s no positivity or light to be drawn from the album, Bergin asserts that there’s a lot to unpack. “Hyperdaze” is an invitation into the depths of his world, with its creation process offering a steep exercise in catharsis for him as an individual and an artist. The result is a belting 11-track release that laces raw anger and vulnerability between superior musicianship.
Today Void of Vision also offer visuals for the record with the reveal of a gut-wrenching music video for “Hole In Me”.
If not for its epic musical onslaught (see the chaotic “Splinter”, harrowing“Kerosene Dream” and the roaring “If Only”), there’s an unnerving sense of darkness in “Hyperdaze”‘s lyricism that makes for a one-two assault upon listening. Soaking in bleak lines including “Don’t pity me, I’m dead already” (“If Only”) and “There is no God, we were all born to rot, we all die the fucking same” (“Babylon”), “Hyperdaze” is the ultimate musical parcel of rancour.
On the band’s progression since their 2016 debut full-length, Bergin quips: “’Children Of Chrome’ was an experiment, ‘Hyperdaze’ is an experience”.
“[‘Hyperdaze’] is the most we’ve explored each and every detail that we put onto an album”, he adds. “From fine-tuning and tweaking all the synths and accompaniment to the grittiness and aggression of the vocals, we really wanted the pure anger that went into making these recordings to translate out the other side – something I feel we haven’t quite grasped on previous records”.
Building on the momentum of “Children Of Chrome”, and their more recent outputs, 2017’s “Disturbia” EP and 2018 single “Kill All My Friends”, Void of Vision have been consistently stretching their touring muscles. With slots at Good Things, UNIFY and Halloween Hysteria, extensive headlining across Australia and European visits, the band has been busy showcasing their live assault. They will be touring with Northlane on their Alien world tour in Australia before the tour comes to UK & Europe later this year with Polaris and Silent Planet too. Check out the EU tour dates below.
Now geared to impart their refined new material on the masses, the “Hyperdaze”era is set to see Void Of Vision at their most tenacious and hell bent yet.

IN BARx WE TRUST