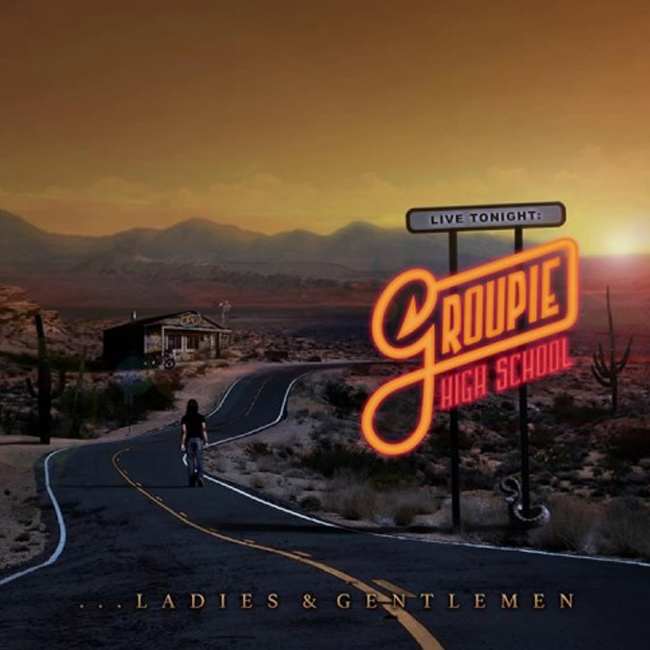 Groupie High School is an urban rock band from Oulu, Finland. It’s a cool mixture of five city boys playing hard rock with bad-ass, on-the-road-style & flavours of funky beach vibes. The band played their first show in 2012 at Nuclear Nightclub and after that they’ve been onstage for about 200 gigs all over Finland, Baltics and the rest of Scandinavia. Groupies did their first promo tour called Spring Break which contained 20 gigs in Finland and ended up to big summer festival shows in Kuopio RockCock and Grand Pappa Nationals for example with Nightwish & Negative. Later the band threw RIOT TOUR which led to Kivenlahtirock Band Competition Finals against Shiraz Lane in Bar Backstage, Helsinki and finally to three sold-out shows in Stockholm & Oslo. During the last years, GHS recorded their first EP’s at Soundmix Studios but also performed at Trash Fest VII, in Tallinn Estonia, as an opening act for NiteRain in On The Rocks and as a warm-up for Santa Cruz for several gigs. In December they rocked SuperPark Arena also with Reckless Love, Battle Beast & Temple Balls.

—————
The album “…Ladies & Gentlemen” with music videos of “Liquid Lunch”, “Eyes Like The Ocean Sky”, “Half-Price Murder, Double-Price Coke” and “Lovers In The Dreamland” were released with some radio-play around the globe. The band will throw a complete invasion to Scandinavia and Western Europe during 2017 to promote the album so stay tuned and witness the spectacle. THEY ARE PHENOMENAL, BEAUTIFUL & INTOXICATING so ladies & gentlemen… GROUPIE fuckin’ HIGH SCHOOL!! \ghs/