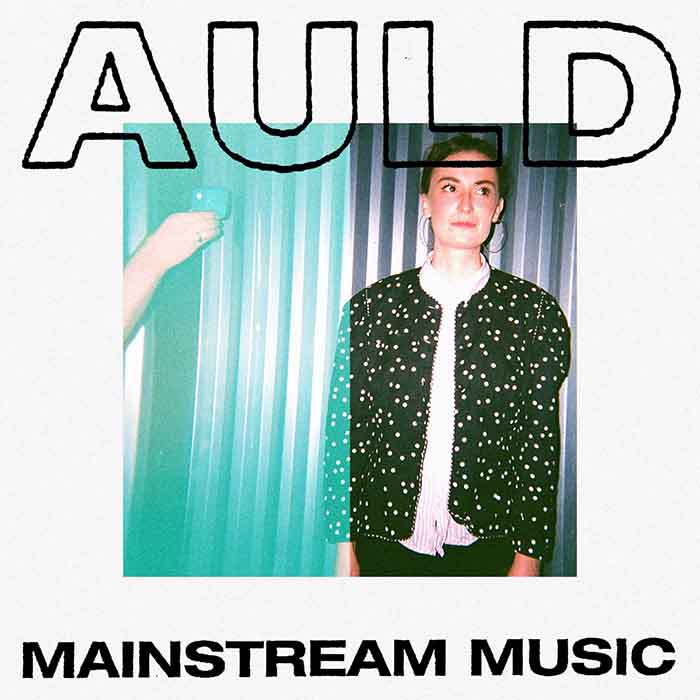 London-based electronic collective Auld presents their new album ‘Mainstream Music‘.
Comprised of 10 tracks, this long-play is loaded with easy yet brooding, alternative, electronic pop with guitars interwoven. While ‘Mainstream Music’ was recorded over the summer of 2018, some of the songs date back as early as 2012.

This album follows the releases of singles ‘Need Her Still’ and ‘Alilless’. Earlier, in April 2018, Auld released their ‘Curriculum Vitae’ EP.

Based in Kilburn, London, Auld was started by Thomas Pitts as a solo project. They currently perform as a 6-piece, with Pitts joined by Alan Giles, Brian Wortman, Rachel Hearne, Glen Giles and James Milner.

“The overriding theme of this album is coming to terms with the person you are and realising you are not quite the person you thought you were gonna grow up to be. Reflecting on that and trying to work out how to change,” says Thomas Pitts.

Thomas Pitts’ fascination with music began with an obsession over the Spice Girls when he was 9. He wrote lyrics to their tunes and also songs from the Lion King. Fast forward to the appearance of The Strokes, influencing Pitts to form a young band emulating that sound.

Pitts denotes the following as musical influences: Grimes, Kate Bush, R.E.M., Tom Waits, The National, The Pixies, Pavement, Radiohead, Arcade Fire, Interpol, Earl Sweatshirt and The Flaming Lips. “Something that also really interested me here was working with the structure of a song.”