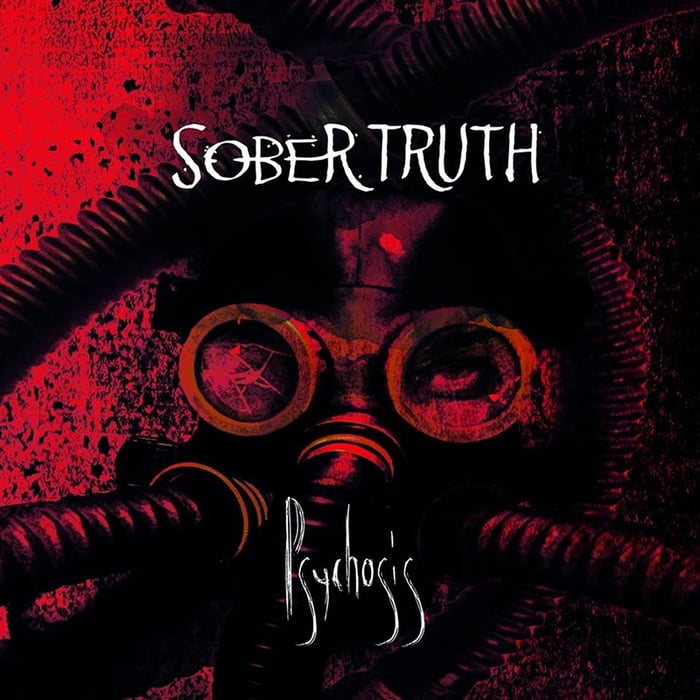 Crash course in self-control
Experimental. Variable. Unconventional:
Some attributes which perfectly describe the sound of SOBER TRUTH. The sound of this band is quite unique, a break of most musical conventions.

—————-
From the start in 2007, narrow-minded folks and rigid ears have been struggling with the edgy sound of the PROGRESSIVE GROOVE METAL formation.

The quartet’s most mature work to date presents a truly eruptive burst of modern Metal music that takes its listeners into another world.

The combination of melancholic rich sounds, energetically resounding guitar riffs, driving drums and punchy bass-lines can excite fans of Progressive Rock / Metal, Groove Metal and Thrash Metal alike.
The hard and groovy guitar riffs on “Psychosis” are a powerful base to bring out the driving choruses and the very versatile vocals along with rough shouts.

Lyrically, SOBER TRUTH have gone to so much trouble for “Psychosis” to compete with a contemporary concept. (Markus Eck)

The band commented about: “What do we see in the human being facing us, does he show us his truth or a mask? The inner grief changes him, imperceptibly, cruelly, tearing him and scarring his psyche. Everyone knows the feeling of powerlessness, at first timid, then with force flooding our consciousness, unstoppable and mercilessly.The wave ebbs, leaving behind a trembling, naked body, the worst is yet to come: fear …”

More: “With titles like ‘Akardos’ (Heartless), ‘Solitude’ and especially the title track ‘Psychosis’, we enter a personal universe of grief, loneliness, doubt that many people know. With ‘Psychosis’ awakens maybe a truth that we repressed … but also hope, power and confidence. SOBER TRUTH takes us on a mental rollercoaster ride that lets the last track roll out congenially. We’re changing every day, all our lives. The new album picks up where we start to repress. ‘Psychosis’ looks at our scarred psyche and tells our story.”
… “Solitude”