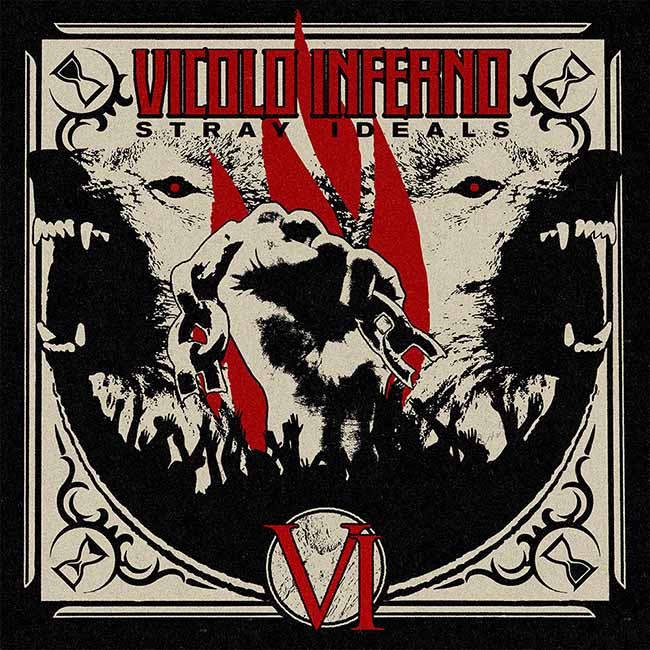 In 1504 AD, an alley in “Forum Cornelii” (Imola) wrote it’s own history with blood: a cruel battle for a forbidden love left a mark in the collective imagination and transformed the name of that narrow pavement in “VICOLO INFERNO“.
500 years later, our modern times preserve the same raw edges and passion in human relationships and an identical game of political power that disorients and confuses people. There is no time to think and breathe, everything travels at exasperated speed: the gap between man and his soul takes the form of an incurable fracture.
Only destiny, fate or perhaps simple case, favored the meeting of the two founding members of the band, Igor and Marco. Immediately the rehearsal room became a receptacle where to pour sweat and visceral passion for music. A short time later, the first demo “FIRE COVERZ” came out. In 2005, the desire to undertake a brand new musical production and to get involved as songwriters began to emerge: the first four original songs were collected in the demo “HELL’S ALLEY”.
The following years, marked by intense live performances, competitions and awards, saw also several line-up changes but in 2012 the band finally got the right propulsion to complete the band’s first full-length album “HOURGLASS”. A strong and heterogeneous sound, where Hard Rock meets Metal, that highlights individual artistic influences in the constant search for a new rock trademark.
In 2013, th band signs a contract with logic(il)logic Records and on May 28th “Hourglass” saw the light of the day.
In March 2014, the promotional tour for Hourglass continued with 6 gigs in the UK. In 2016, with a brand new line-up including Michele Gollini on drums and Wallace (ex-Showstripsilence) on bass, the band completed the writing and recording process of its second album, scheduled for release in autumn once again under logic(il)logic Records.