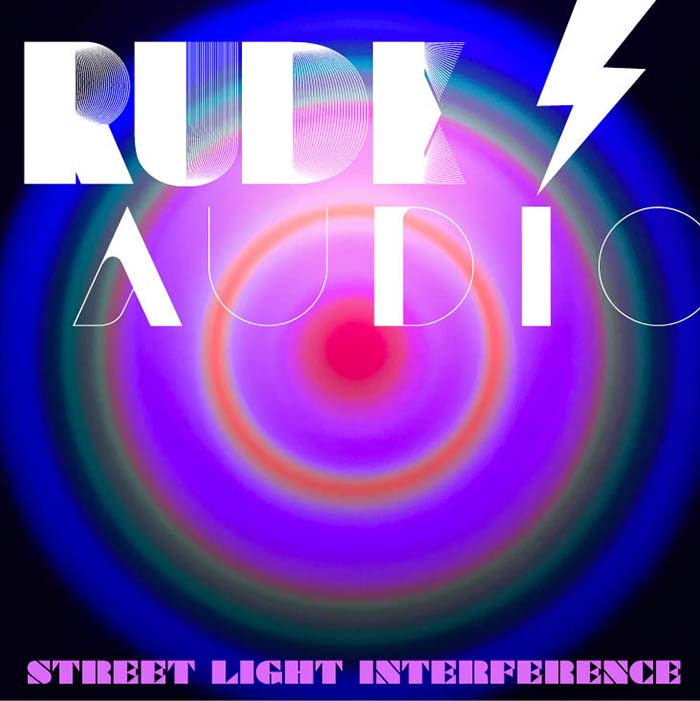 London electronic music outfit Rude Audio presents their new album ‘Street Light Interference’, being released via UK label Zirkus Records. Anyone who enjoys more open minded dance floors, or even has hazy memories of the transition from a Balearic ethos to something more progressive minded on 90s dancefloors, will find something on here to float their boat.

The core of the collective are Mark Ratcliff (whose releases have been played by the likes of Andrew Weatherall, Laurent Garnier, Kris Needs, Don Letts, Graeme Park and Rob de Bank, as well as BBC Radio 6’s Nemone and Gideon Coe), Owain Lloyd (mixing engineer for everyone from Oakenfold and Weller to Niall Horan) and Dave [The Rave] Brennan (ex The End recordings and key player at tech house dons’ label, Bombis).

‘Street Light Interference’ runs the gamut from dub to techno and features four original tracks and four remixes of tunes from their latest ‘Rude Redux’ EP, which was premiered by Andrew Weatherall on his radio show. That release followed up their ‘Rudest’ EP.

Based in South London, Rude Audio has a history of putting on fantastic underground parties, releasing the occasional dubby Balearic opus, engineering for the disparate likes of Paul Weller, Lemon Jelly and Royal Blood and generally mooching about anywhere that doesn’t have bouncers or operate a dress code.

“I had half an eye on some of the underground but outdoor summer parties proliferating in my manor when pulling together various elements on the release, although the likelihood of engaging with a blissful, sun kissed milieu in South London during July and August is less likely than engaging with a dirty rave in a damp squat, where everyone’s complaining about why we aren’t having a summer this year,” says Mark Ratcliff.

The new album also involves one of the band’s all-time favourite remixers – Bedford Falls Players. The remix from main man Mark Cooper has taken ‘To The Sun’ into a dark room and given it a right old working over. The result is brutal but gorgeous.

The LP also features the enigmatic and mysterious Fearless Few Collective, who put a few songs before various wringers. Kitsch Kub’s remix of ‘Rumble On Arab St’ is the sound of a gorgeous summer’s evening whilst Valtow’s dub takes the same tune into stunning Balearic waters. Zar takes a leaf from Bedford Falls Players book, giving ‘Pipeline Screaming’ a royal working over. leaving it a quivering techno/dub hybrid.

Rude Audio have also revealed the new video for the track ‘Don’t Follow Me’, following up lead track ‘Repeat Offender’, where dub meets something modern and shiny, uptown, for a bit of a cavort. The accompanying video was created by Ali Ingle and stars Matty Ratcliff.

“Don’t Follow Me is an attempt to fuse the tension of a John Carpenter soundtrack with the kind of lo fi, filthy acid house vibe found in the grungiest of warehouse raves,” says Mark Ratcliff.

As of July 15, ‘Street Light Interference’ will be available across online stores, such as iTunes, and streaming platforms like Spotify.Already now, the album can be pre-ordered via Bandcamp.