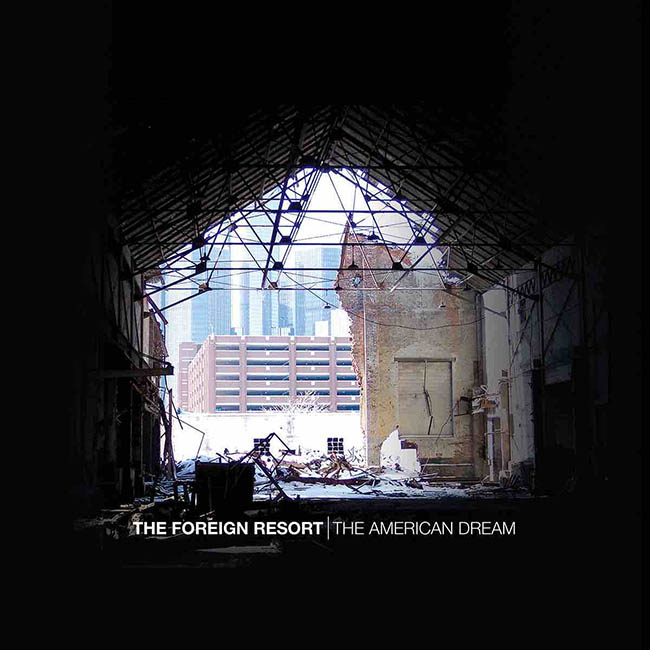 The American Dream by The Foreign Resort

‘The American Dream’ consists of five songs with a simpler but more intense expression than ever heard before from the band. Following up their 2014 album ‘New Frontiers’, which was produced and mixed by John Fryer (Depeche Mode, Nine Inch Nails, Cocteau Twins) and ranked among top albums of the year in many blogs and stations like WZBC and KDHX, the band first released ‘The American Dream’ in October 2015.

Having toured with The Raveonettes, A Place to Bury Strangers and Swervedriver, they have also shared bills with bands like DIIV, The Soft Moon, The KVB and Slowdive.

Their recently-finished tour is one of three made possible through a successful crowdfunding campaign, for which they ended up cooking Danish dinner and playing intimate shows in several American homes, which brought them even closer to the American people. The Foreign Resort are addicted to the allure of America’s lost highways. Since 2010, the band has rigorously played more than 350 shows across the United States and Europe. Highlights include performances at SXSW, Iceland Airwaves, the CMJ Music Marathon, and one of the world’s largest Goth festivals Wave Gotik Treffen in Leipzig, Germany.

“It’s so great when we feel that passion about our music and could share it with others. We have some amazing fans and we are so grateful for that,” says Mikkel Jakobsen.

The band’s 2011 EP ‘The Foreign Resort’ will also soon get a much deserved vinyl re-issue though Moon Sounds Records thanks to a successful crowdfunding campaign via PledgeMusic. This September-October visit to North America is the final tour in support of ‘The American Dream’, after which the band shall return to the studio to record a new full length for release in 2017.

IN BARx WE TRUST