The Beyond
by Dustin Behm 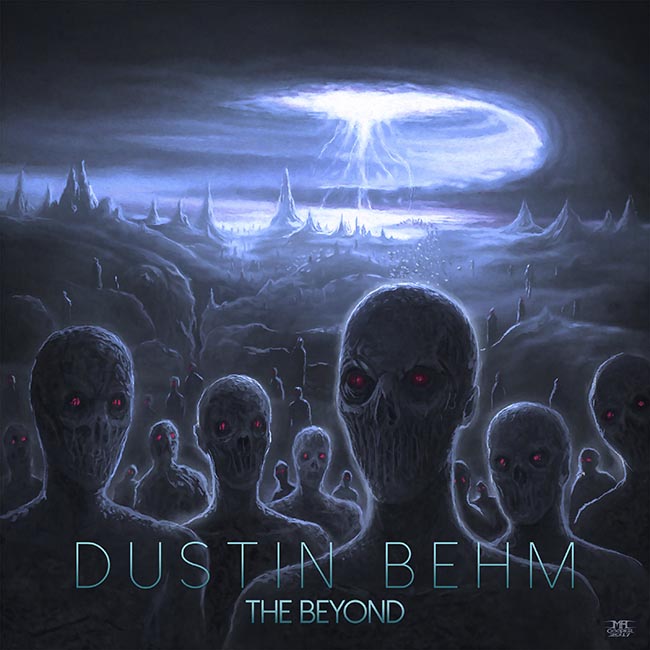 Dustin Behm is a progressive metal guitarist from Portland, Oregon USA. Dustin began playing guitar at the age of 13, being inspired by guitarists such as James Murphy, Dimebag Darrell, Joe Satriani, Tak Matsumoto, and Al Di Meola. In 2005 Dustin attended the Guitar Institute of Technology at Musician’s Institute in Los Angeles where he studied with world renowned guitarists such as Paul Gilbert, Scott Henderson, Greg Harrison and tapping master TJ Helmerich. There he discovered the music of his diverse main influences: Allan Holdsworth, Shawn Lane, and Meshuggah.
After his time at Musician’s Institute, Dustin returned to Portland and played with a variety of metal bands in the area, ranging from symphonic metal to death metal. In 2012 Dustin had his original music played on FM radio in Portland and even taught guitar lessons in Italy with his friend and fellow guitar shredder Gianluca Ferro.
Near the end of 2013, Dustin helped form the instrumental progressive metal band Increate. Increate’s self-released, first album Void released to excellent reviews in February 2017. Void was produced in Sweden by legendary metal producer Jocke Skog. Dustin handled the album art and layout in addition to lead guitar.

After being snowed indoors for weeks at a time in one of the most extreme Winters in Oregon history, Dustin was eager to create new music and began work on his dream of creating his first solo album. The album writing and recording process took place from Spring through Summer of 2017. Dustin’s debut solo album The Beyond is inspired by early 90’s progressive death metal such as “Spheres” era Pestilence combined with a modern metal influence from Meshuggah and Allan Holdsworth. Chris Poland‘s “Return to Metalopolis” was also an influence on “The Beyond”.
The album is also inspired by Dustin’s love of classic horror movies, especially European horror of the 70’s and 80’s. The album artwork, skillfully painted by Mark Cooper, represents figures from a series of nightmares Dustin had as a child (of which Mark was unaware when he painted the piece). The album art also has a feeling reminiscent of an 80’s Euro horror movie. Dustin plays guitar, E-Bow, bass, keys and programming as well as handling production duties and album layout for The Beyond. Dustin is currently writing material for a new Increate album and regularly playing live shows around the Northwestern United States. Dustin has shared the stage with artists such as Amorphis, Dark Tranquility, Archspire, Arkaik, Rhapsody of Fire, Inanimate Existence, Vale of Pnath, Oceano, I Declare War, The Kennedy Veil, and Disentomb among others.

Dustin Behm
“The Beyond”

All songs written by Dustin Behm

Towers of Glass is dedicated to Jason Spell and Allan Holdsworth