The Legendary Shepherds of the Forest
by HOY SHIRE 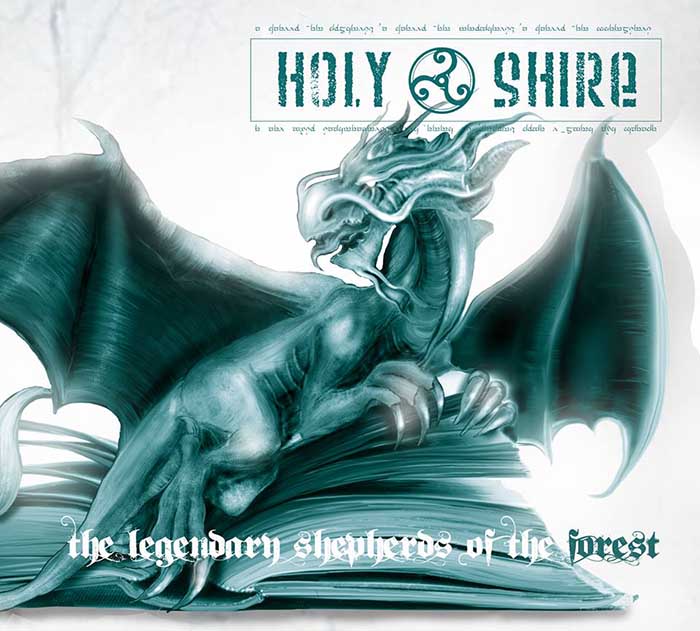 “The Legendary Shepherds of the Forest”
is the new album by
“HOLY SHIRE” band.
Out on October 26th 2018 via
Heavy Metal Records

After the first LP “Midgard” (2012), after his long and lucky pilgrimage and after a new lineup… in May 2017, Holy Shire started recording their second album.
With the production of 3 songs by Masha Mysmane (Exilia), shot the new video first single “Danse Macabre”. End of September they mastered the album @ Finnvox Studio and start chasing for a new label contract. The new album will be named “The Legendary Shepherds of the Forest”, contains 10 new songs inspired by fantasy themes but also by historical suggestions, and there are 4 guest lady singers duetting with Aeon. At the beginning of 2018 Claudia Beltrame joined as Unicorn vocals.
In March 2018 we signed the digital distribution contract with Heavy Metal Records
(Revolver Records, UK). The new album will be released on 26th October 2018 with promotion and press office by Bagana Rock Agency, anticipated by the lyric video of “the Legendary Shepherds of the Forest” and the video of “Danse Macabre”.

… “The Legendary Shepherds of the Forest”