Till Death Do Us Part
by MORTANIUS 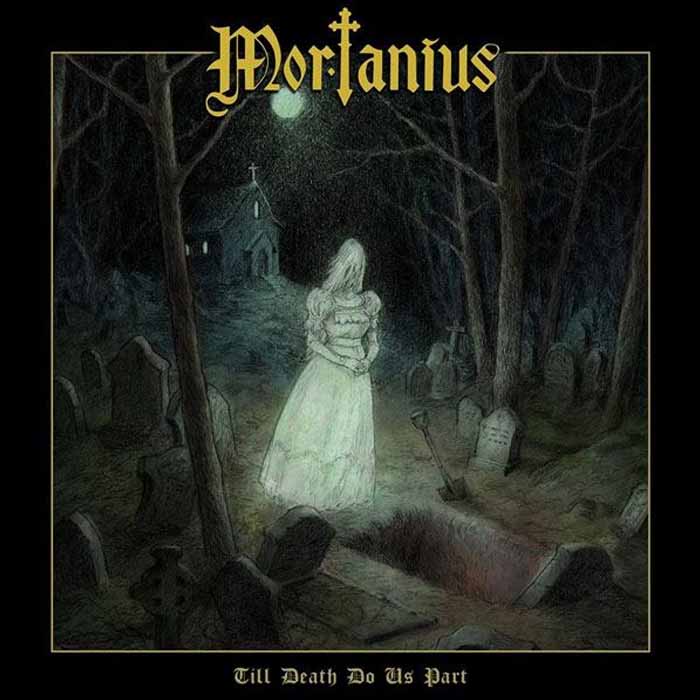 MORTANIUS, a progressive power metal band with symphonic and neo-classical elements was formed in 2013 by ex-Outlander vocalist Lucas Flocco and drummer Victor Cardone who were joined by guitarist Mike Gissi and bassist Jesse Shaw. From 2014 to 2016, the band recorded 3 EPs, each one steadily increasing the band’s online presence and fan base. In 2016, after the release of their third and most successful EP at the time, “A Voice From Beyond”, drummer Victor Cardone departed from the band.

A year later in 2017, MORTANIUS returned to the studio to create their first full-length album, “Till Death Do Us Part”. Ollie Bernstein (Ousiodes) recorded all lead guitars on the album, while AJ Larsen (of Madison Rising, Vicious) handled rhythm guitar duties. MORTANIUS also reached out to renowned power metal singers, Leo Figaro (Minstrelix, Dragon Guardian) and Jonas Heidgert (Dragonland) to provide guest vocals. “Till Death Do Us Part” featured the longest production cycle out of any of MORTANIUS‘ previous releases, finally wrapping up production a year later, in the fall of 2018. This album features MORTANIUS‘ most fully fleshed out and dynamic compositions, tightest performances, and highest quality production to date.

Vocalist Lucas Flocco comments:
“The album features a mixture of progressive and power metal. The songs all have melodic vocals that sing catchy lines. Choirs and harmonized vocals are featured heavily. Lead guitars shred fast and harmonized beautifully with each other, and the rhythm guitars are tight and intricate. Keyboards play an integral part to the sound of the album, providing atmospheric flavor and sometimes carrying the main melodies.”