Two One Three
by Inherit The Stars 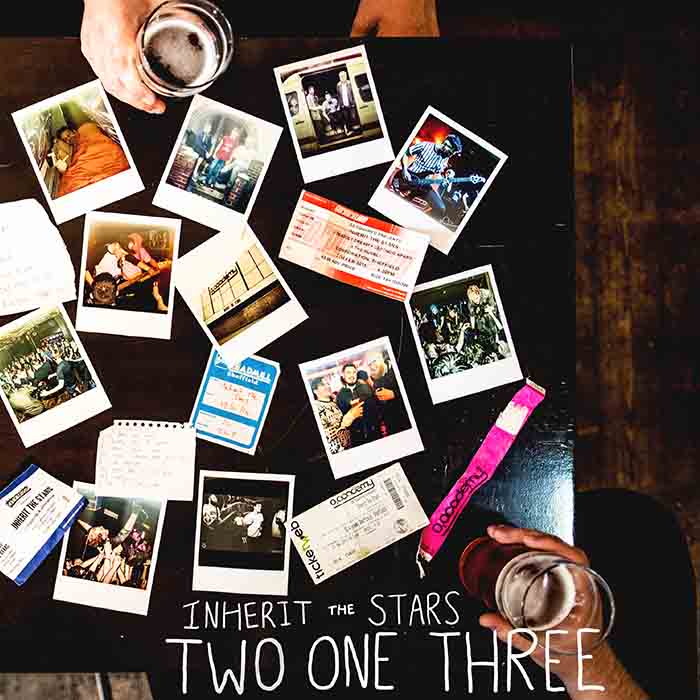 Sheffield’s (UK) modern metal-core/post hardcore outfit Inherit The Stars announce the arrival of their long awaited and self-produced 2nd album release titled ‘Two One Three’  and shall be available on all formats from 1st Sept 2019.

Frontman Daniel Jeffery states ‘I feel like this is the album we always wanted to make but didn’t for one reason or another. Its been the most fun we’ve ever had writing and recording. We’re literally just letting the music do the talking and we’re along for the ride. Its a kind of no holds barred record. I’m pretty sure our fans are gonna love it too.’
Breaking out onto the British metal scene in late 2012 with the sole intention to develop a sound that’s completely their own – Sheffield (UK) born and bred outfit Inherit The Stars are an explosion of sound that flirts with the margins of many genres.  The band quickly became recognised for their powerful metal-edged guitar riffs, adrenaline-filled synth lines and vocal attacks that explode in your eardrums before dragging listeners into huge melodic choruses.
Boasting a debut album produced by Jim Pinder at Treehouse Studio (Fightstar, Rise To Remain, While She Sleeps), ‘We Were Made To Walk The Skies’ was digitally released in May 2013 and earned positive attention from rock/metal critics for their genre pushing sound which takes elements of post-hardcore and alternative rock gelled with metalcore and a dose of punk pop. Equally championed by alternative rock and metal press and radio around the world, Inherit The Stars released three video singles as part of their apocalyptic themed Orbis Trilogy. In the space of a few months, Inherit The Stars‘ fast rising popularity had taken them from the smallest of local stages to headlining some of Yorkshire’s most established touring venues.

With a successful debut UK tour in early 2014, festival appearances and support slots under their belt, Inherit The Stars released their eagerly awaited 5 track Beyond The Beacons EP in December 2014. Bringing their music to a national audience through support from Kerrang Radio’s Alex Baker, video premieres on Big Cheese and a track feature on the cover CD of Feb 2015’s edition of Rock Sound Magazine – Inherit The Stars embarked on a further UK tour through April/May providing their progress from regional popularity to attracting crowds across Britain. Along their journey the South Yorkshire outfit have opened stages for heavyweights such as Funeral For A Friend, Don Broco, We Are The Ocean, etc.

Track Listing:
1 Two One Three
2 Giving Up
3 Like An Animal
4 Ease Your Pain
5 Baba Yaga
6 Hope
7 We Can Believe
8 Despair
9 The King And Queen
10 The Highs, The Lows
11 The Space Between