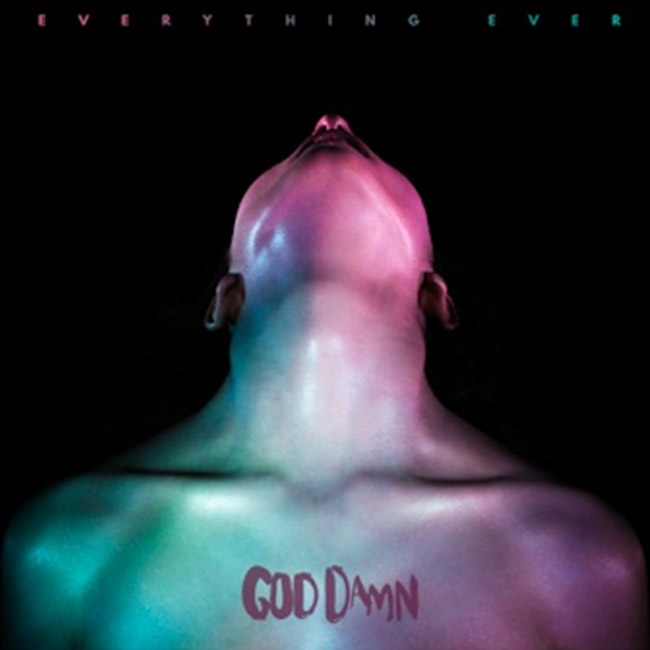 Everything Ever by GOD DAMN

ANNOUNCE NEW ALBUM ‘EVERYTHING EVER’, RELEASED SEPTEMBER 23RD VIA ONE LITTLE INDIAN RECORDS/AUDIOGLOBE

Set for release September 23rd via One Little Indian Records, God Damn’s second album, titled Everything Ever, follows the release of their sprawling, charged sonic assault of a debut album; 2015’s Vultures. This, alongside a blitzkrieg of incendiary live shows, firmly established God Damn as one of the most thrilling and electrifying bands to lurch from the UK in recent years. Having recently given us our first taste of new music with ‘Ghost’, dubbed louder than “Black Sabbath having a screaming row with Nirvana” by the NME, God Damn return today with a second dose – ‘Fake Prisons’.

There’s dullards out there who think that vicious punk-rock spite and nagging, sugar-crusted, pop-smart songcraft make for strange bedfellows, and that’s fine, because it means us smart folks will have a band as brilliant as God Damn all to ourselves for a little while longer. Only a little while, though; the Black Country duo have just cut a second album so smart, so irresistible, so made-for-radio, so slips-down-the-ears-so-easily-you-barely-notice-it’s-trying-to-slit-yer-throat that even your granny will be whistling the likes of ‘Dead To Me’ before Christmas.

Sounding like an angry Depeche Mode covering Death From Above, ‘Fake Prisons’ is a perversely powerful pop song, existing only to lead innocent ears astray, and to give no-longer-innocent ears the distorted pleasure they crave. “There’s synth at the start but don’t let that fool you, the majority of this track is my live rig mic’d up, our mate Rob from Wet Nuns & Drenge fame plays organ on the chorus too. It’s a favourite of mine, both musically and lyrically,” guitarist and vocalist Thom Edward reveals. “A melting pot of insecurities won’t get in our way. Scared of the future, well we don’t need ya, fucking get on with it,” he explains of the track’s motif. “The older I get the more I realise everyone else is the one who’s fucked up and not me, I’m just fine.”

These new songs arrive more upbeat (“these are still horrible, nasty songs though”, Thom is quick to insist), and unabashedly pop, in the same way Nirvana’s Nevermind was ‘pop’: prizing the value of a tune as a means to caving your skull in, and using artfully crafted verses and choruses to slip past your defences and detonate their malevolent little stories when you least expect it.

The reference points come thick and fast – blasts of garage-y psychedelic pop that give Ty Segall more than a run for his money (Oh No), brawny stomps that make like QOTSA back when they could fuck you up but good (Six Wires), even an infernal, soul-scraping blues that sounds like Tom Waits jamming with The Mars Volta (the nightmarish Violence). Moreover, though, they always sound like God Damn, even as every addictive nugget redefines what sounding like God Damn even means. Though vicious, metallic, and corrosive, these songs are still defined by that uniquely accessible quality that’ll have you skipping back to the start before a song’s even finished, just to see if they really are that audacious, if they really want to make music this catchy, and also this caustic: bubblegum cut with something nasty that will keep you chewing till your jaw turns to powder.