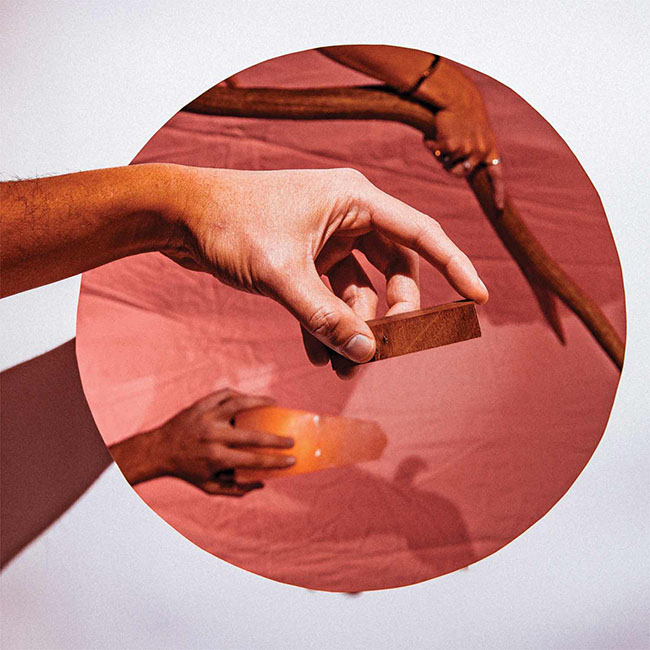 Aagoo Records has just released two packages of goodness simultaneously: The first is ‘Human Giving’, a full length album from Seattle-based four-piece Darto. The second is the ‘Follow Up / Hush’ 7” featuring Darto and WAND, who wrote and performed these tracks together. Today they also released the new creepy video for ‘No-Self’.

‘Human Giving’ was preceded by the single ‘I Am’, which The Big Takeover Magazine calls “a catchy sultry melancholic downtempo synth-infused psych-trip combining the best of Cate Le Bon, The Velvet Underground, The Brian Jonestown Massacre, and The Black Ryder”.

The album’s mood is immediately clear from the first note of ‘GDLS’, enveloping the space around the listener. By the time ‘I Am’ enters, the sound and feeling transitions from lush and inviting, to focused and intentional with the keyboards and strings propelling the movement. The lyrics and accompanying melodies float along seamlessly like being lulled into a dream.

“Despite all of its catchy qualities, ‘Human Giving’ is a difficult album to pin down. The lyrical

phrasing, and melodies have been stuck in my head for months,” says Alec Dartley of Aagoo Records. “It takes me to a place filled with light, despite the psych realms the band takes us”.
As the record progresses, splashes of Americana seem to emerge, painting subtle pictures of the American West, or a vast expanse that we would associate it with. It’s a momentary visit to those places as Darto keeps moving, exploring new worlds. The album closes in a cinematic soft way, where the constant is an emotional hook that dives into the human condition. This is an open story, suggestive but with room for the listener to fill in the blanks.
“We didn’t play shows or hardly go to shows for a year and a half so we could write and record the album,” says Darto’s Gordon De Los Santos. “The album comes from the places within us where hope and love exist. Where the focus is not on the self, and where everything is possible. Humans giving themselves to other humans. The power of listening on all fronts. The desired effect is and was to bring hope in some capacity.”
“We are extremely proud of this record. Writing, recording, mixing and mastering was the most intentional musical experience we have had to date. We took a lot of chances on it, and grew exponentially in the process,” says Gregory Flores. It felt, and feels like we walked through many doors while working on it, and the place we ended up is very similar to the place where we were as young people first deciding to create. A vulnerable first step towards something larger.”

Darto is Gordon De Los Santos, Gregory Flores, Candace Harter, Nicholas Merz. ‘Human Giving’ was recorded by Darto between September 2015 and January 2016 in a cabin in Cle Elum, WA and their home in Seattle. The ‘Follow Up / Hush’ 7″ was written, performed and recorded by Darto and Wand at Comp-ny in Burbank, CA in April 2017. It was engineered and recorded by Be Hussey. Both releases were mixed by Cory Hanson at Comp-ny and mastered by JJ Golden at Golden Mastering in Ventura, CA.

“We smashed together in Los Angeles and wrote these two songs; repurposed lyrics we wrote in the studio together.  A lot of people got to sing who had never sung on record before,” says Cory Hanson of WAND. “All in all, this was a successful collaboration I think. The spirit of both bands made it onto the tape together, intact.  We ate breakfast burritos the next morning, then Darto flew away.  I went to go to the beach but our car died in Topanga Canyon