Losing Form by
by Polly Panic 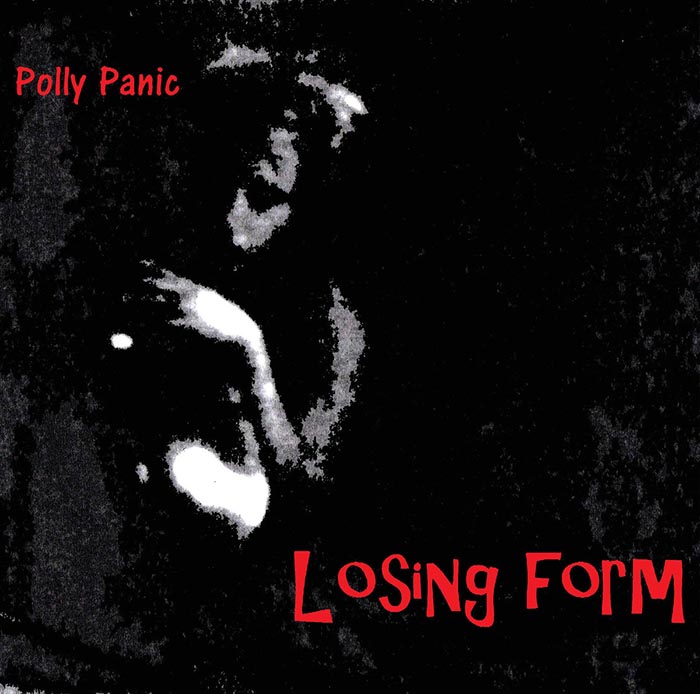 Cello-shredding rock siren Polly Panic is back with her third studio album ‘Losing Form’, to be released on CD and digitally via Write Hook Records on November 20. This is Polly Panic’s first album in six years, following ‘Fragment’ (2012) and ‘Painkiller’ (2006).

Polly Panic is Jenette Mackie, who wrote and recorded the 10 songs comprising this album in 2016-2017, sandwiching the process around time spent rehearsing and touring both coasts with her cello-driven band Rasputina, founded by Melora Creager and formerly including Zoë Keating and Julia Kent.
Arguably the best Polly Panic album yet, this also represents a turning point for this artist, having joined forces with Write Hook Records on the heels of touring as part of Rasputina. Inspired by PJ Harvey, Tom Waits, Tori Amos and Nirvana, this is cello-driven art rock with intense, powerful vocals and lyrics that take center stage.
Driven by a nucleus of cello, drums and vocals, these tunes are woven from tales of lustful obsession (‘Side Piece’), co-dependent addiction (‘Losing Form’), joy in realizing you don’t need who and what you thought you needed (‘Hollows’), and a scorned lover’s lethal revenge (the anthemic rocker ‘Annie’, an ode to Annie Oakley and to women everywhere who live life and experience love on their own terms).
Polly Panic’s uniquely dark and theatrical chamber rock has a sound that’s much larger than one would expect from just one vocalist playing a cello along with a drummer.

“I knew the cello could be everything. Of all the instruments, the cello is closest to the human voice and its capacity for expressing emotion is unparalleled. It was the most fierce and yet the softest most sorrowful instrument I had ever heard,” says Polly Panic.
“This album represents the strength to march on, being inspired by self-examination and reason for existence.”
Indeed Polly Panic herself had gone through massive challenges to continue with her art, from constant touring and getting sober to label changes and childbirth. Every step of the way has defined her to find that Polly Panic was not just something she did… It was who she is.
On ‘Losing Form’, Polly Panic got a helping hand from recording engineer Stephen Shoenecker at the Heritage Music studio in Bristol, Tennessee, studio drummer Ryan Rasnake, and mastering engineer Seva (Corrosion of Conformity) at Soundcurrent Mastering.