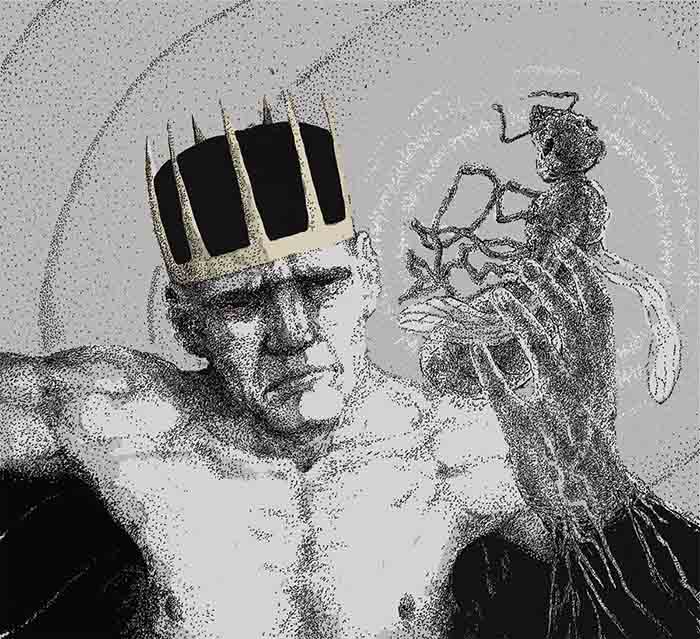 A few weeks after the official release of their debut S/T album and while they are currently working on new recordings, French blackened-sludge/post-metal-hardcore five-piece Ssanahtes just shared the full effort on YouTube.

In other news, the album is still available CD & Digital through the

Created in summer 2013 by Franck (guitar) and Fabien (vox/synth), Ssanahtes is a post-metal band influenced by Godflesh, Cult of Luna or Kickback. Their debut EP was released in April 2015. How does it sound? Think about some some sludge metal played on 8 strings guitars.
Their first album was entirely composed by Franck and re-arranged with the band, it shows a brand new face of the band: darker and more oppressive, enhanced by a different production. Their music still talks about their lives and emphasized the lyrics with tribal and psychedelic jams, brand new ambiances in order to create something unique.
After playing in Bordeaux with Toundra, Regarde Les Hommes Tomber, The Great Old Ones and Black Tusk, they have signed with WOOAAARGH Records (Ancst, Employed To Serve, Grim Van Doom) to release their first album. A Spanish tour is planned from the 19th to the 24th of February,and it will be followed by a French, Belgium and Dutch tour in May 2018, while they have already started to work on their next record…
.
For fans of AmenRa, Godflesh, Cult of Luna, Kickback, The Mount Fuji Doomjazz Corporation…

AMAZING by The Procrastinators