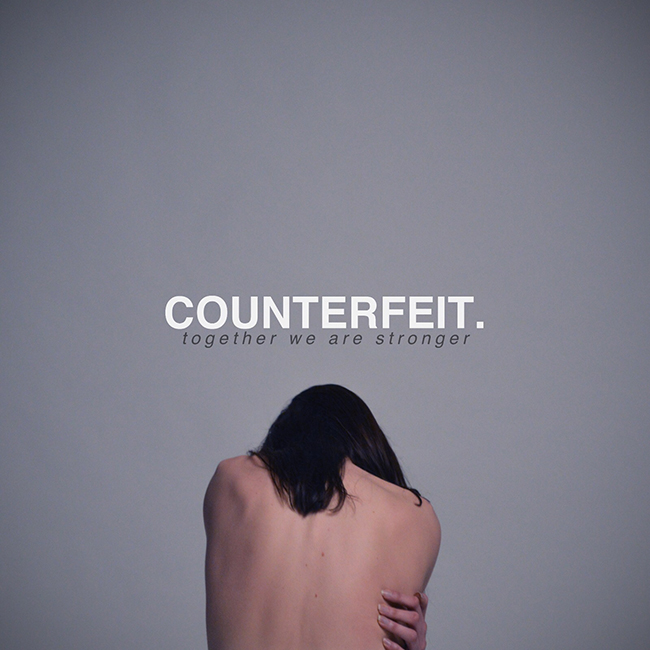 Together We Are Stronger by COUNTERFEIT

“Together We Are Stronger“

COUNTERFEIT. are to release their debut album Together We Are Stronger on 17th March, via Xtra Mile Recordings. It will be available to buy in both CD and vinyl format, and to stream and download at all good digital and streaming platforms. The 10-track album was produced by Thomas Mitchener (Frank Carter & The Rattlesnakes, Dead!) and recorded at Broadfields Studio. Together We Are Stronger is full of punk-rock flair and showcases front-man Jamie Campbell Bower’s raw and honest vocals. COUNTERFEIT. have also announced today the track listing for Together We Are Stronger, see below.

Bower has said the release, “It is an honour to announce our debut album Together We Are Stronger. This album has been a long time coming and it is now time for us to unshackle the beast that we have, for so long, tried to contain.”

Along with the highly anticipated announcement of COUNTERFEIT.’s debut album release, they have also treated fans to another dose of new music in the form of For The Thrill Of It. It isthe first full single and follows live favourite Addiction, which the five-piece revealed at the end of last year and will also feature on the album.  Dan P Carter premiered the band’s single on his Rock Show on BBC Radio 1 last night. You can listen to For The Thrill Of It here, as well as on all good streaming sites and receive it instantly when pre-ordering the album digitally.

COUNTERFEIT. kick off their Spring European/UK tour in Hamburg on 24th March, and work their way through cities including Berlin, Rome and Amsterdam, before hitting the UK. The band will then head to Leeds on 18th April and wrap things up in Brighton on 29th April, before playing London’s Underworld, on 26th April.