Towers of Grandiosity
by Descent 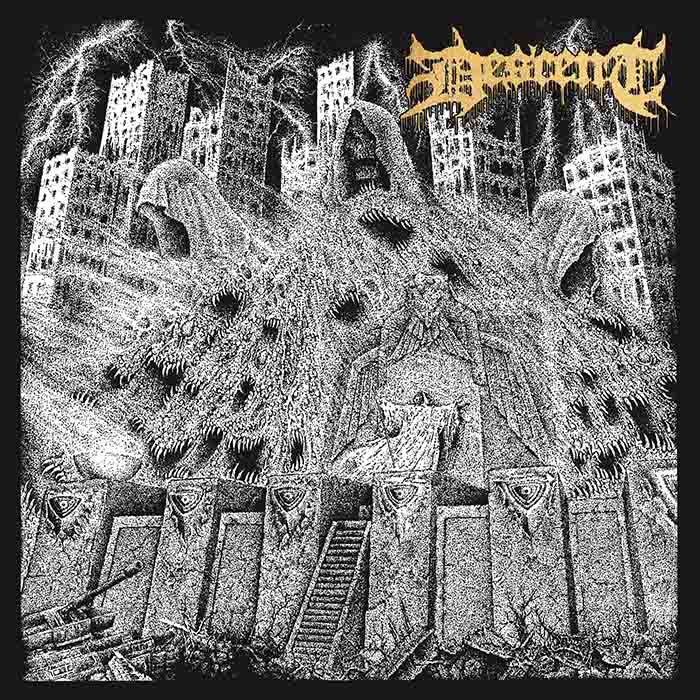 Featuring members of From These Wounds, Scumguts, Dire Wolf, Coffin Birth, The Fevered, and Siberian Hellsounds, Australia’s Descent was formed in 2014 with the intent of creating a powerful and heavy sound influenced by various styles and subgenres of extreme music.
With the release of their demo in 2015 the band earned numerous support slots opening for the likes of Mindsnare, King Parrot, Hierophant, Hexis, Colossus, Magrudergrind, Shackles, Tortured, Lo!, Cursed Earth, and Earthrot.
Just recently, Descent completed the work on their debut album “Towers of Grandiosity”, due out on August 31via Redefining Darkness Records. Churning out a powerful and explosive combination of death metal, grind and hardcore, “Towers of Grandiosity” sees the Australians merging the raw and heavy riffing of Dismember and Entombed with the pummelling rhythms of Nails and a concise melodic sensibility. With a strong album ready to be unleashed and some tours in the pipeline, these Australians are determined to conquer their space in the extreme music scene.