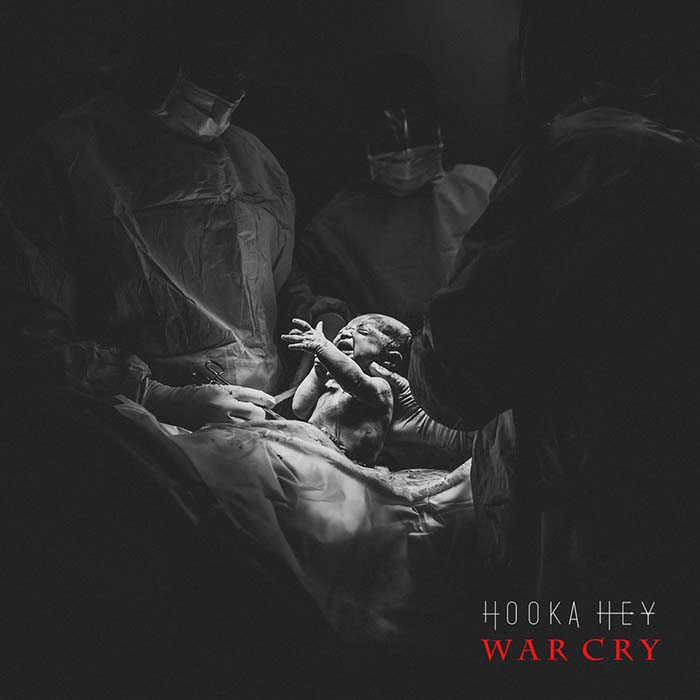 Hooka Hey may have been born in Paris, France a decade ago but it wasn’t until frontman Hugo de Saint-Quentin took a trip to Austin and engaged with the city’s music-obsessed crowds that he truly felt at home. Saint-Quentin swiftly relocated and formed a new incarnation of the band in Austin and now five years later, he’s still here and ready to unleash War Cry, Hooka Hey’s first new album in three years.
Hooka  Hey’s “Transylvanian  Voodoo”  sound  brings  blues-based  tribal  beats  with  smoky,  sludgy  riffs drenched and charged like the air just before a rainstorm, evoking bands/artists like Queens of The Stone Age or Nick Cave.
Over the years, Hooka Hey has collaborated with great names in music. The band found themselves in sessions with Youth (producer for The Verve, Paul McCartney) at the famous Olympic Studios in London. The  2012  EP  “Little  Things”  was  mixed  by  Mark  Plati  (producer  for  David  Bowie,  The  Cure…),  while “Untamed” (2015) their first effort in Austin was recorded at The Bubble and Cacophony Recorders, two iconic studios of the city. Hooka Hey has played gigs with international artists including Built To Spill, Ted Leo and Miles Kane
For fans of Black Rebel Motorcycle Club, QOTSA, The Kills, Nick Cave, Soundgarden…

After spending the last weeks spreading some various audio and video excerpts from the effort, American/French “Transylvanian Voodoo” alternative-rock band Hooka Hey just officially released its debut album ‘War Cry’ for digital exclusive through the main legal platforms such as iTunes, Deezer, Spotify.
In addition to the release-news, the album is also available right now for full stream on Bandcamp while the music video for “Coney Island” is still up on YouTube.
Stream the whole album for FREE | Watch the music video of “Coney Island” | Get the album on the digital platforms