Everything is One
by RAMA 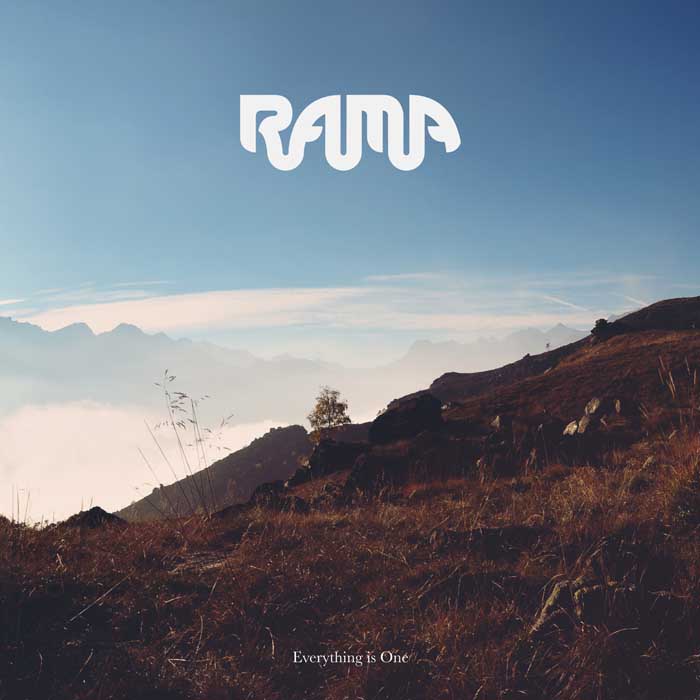 Italian desert-rock act RAMA has announced the release of their new album “Everything Is One”, available from May 10th. The release will be available in vinyl limited edition 300 copies, digipack and digital, co-produced by RAMA, Escape From Today e Brigante Records. The video taken from the first single “Between The Ashes Of Silence” is available now in YouTube.

“The four tracks that make up the record, which by their nature are linked both musically and in the story that tell and represent the four natural elements, intertwine the historical research of the man with the essence of himself in the whole that surrounds him. The disk’s message is contained in its latest and most important concept: “The lightness of not being, and belonging to every place. The freedom to be everything and the peace of being nothing”.
Everything is One, One is Everything. To enable the listener to feel part of the journey, the tracks were recorded with a tuning frequency of 432 Hz” –
RAMA

—————-
ften the places we live run towards us leaving us emotionless. Others let settle desires, illusions and ambiguities connected to the research of what we are. From these bonds a band able to convey these suggestions was born: RAMA. RAMA formed in the north of Turin, Canavese, in 2011, coming from different backgrounds. The love for ample and distented sounds of the Palm Desert scene, The Black Angels and Elder’s pschychedelia, Pontiak’s rural and brotherly approach and several disparate individual musical influences, link together and shape RAMA’s musical path. Thanks to these different influences, RAMA perform more than a music genre and are able to surprise both the experts in the field and the mainstream audience. RAMA have the ability to transform the imposingness of mountains in the horizon into music. Enthralling electric songs pierced by a power that crash the hard bark of granite. Long  psychedelic sounds that don’t lose themself in the infinite desert mirage, but slip in the valleys, indulging the roughness of the land. A mantra that spread in every valley and crack of mountains, filling the big empty and silence. The holy silence of the mountain has now a sound. A sound that foam, gurgle and change with RAMA.
—————-

… “Between the Ashes of Silence”